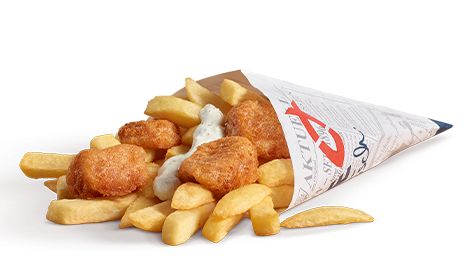 Nordsee
"Visch & Chips" is now available as a vegetarian option.

For the time being, the new products are being launched in six Nordsee shops in Munich, Berlin, Frankfurt and Wuppertal, as well as a further four in Vienna. In this way, the Bremerhaven-based company wants to act as a "first mover" and offer plant-based fish products as the first QSR brand.

Nordsee is thus reacting to the general consumer trend to increasingly look for plant-based alternatives. Aspects such as sustainability, animal welfare and climate change are the decisive arguments here, he said. "With our two new plant-based products, we can offer flexitarians in particular - i.e. people who avoid or reduce meat and fish consumption and are looking for tasty products - a delicious alternative and also appeal to curious new customers," explains Carsten Horn, CEO Nordsee.

Developed together with start-up

The two new products were developed together with the Dutch start-up Novish, which positions itself as a pioneer in the field of plant-based fish substitutes. In the cities mentioned (except Wuppertal), customers can order via the Finnish delivery service Wolt and, from April, alternatively via Lieferando in other cities.

Carsten Horn explains: "We will offer the new products immediately in take-away and - as soon as possible again - of course also for consumption in our restaurants. But especially in times when people work from home and spend more time there, a cooperation with two delivery services makes sense from our point of view."

Horn further welcomes Wolt's entry into Germany. It is a step towards more competition in delivery services, he said. Experiences in Austria showed that a majority of delivery services increases the turnover and does not cannibalize each other.

Alternative to seafood and fish

The start-up Novish from the Netherlands was founded in 2019 by Maiko van der Meer, Katja Busser and Paul den Dulk and consists of a team of experts from the international food industry. "Novish aims to develop, produce and distribute plant-based seafood and fish for the European retail and food service sectors," it says.

The products are made exclusively from natural ingredients - and without the use of soybeans. "Three types of base mixes are processed, consisting of proteins from rice, wheat and pulses in variable parts , " it says. Target consumers of Novish are vegans, vegetarians and flexitarians who are concerned about bycatch, overfishing, endangered fish species and more, as well as those who want to reduce their intake of animal protein.

What is in the dishes

The new Backvisch baguette (from €3.29) is a breaded, vegan, plant-based baked fish in a soft baguette with tartar sauce and salad. The fast food classic Visch & Chips are plant-based Visch pieces in crispy breading with fries and your choice of sauce. The regular portion of Visch & Chips is sold from €4.79.
About North Sea:
Nordsee GmbH, headquartered in Bremerhaven, has over 370 locations and, with its restaurant, snack shop and seafood buffet sales channels, is one of Europe's leading suppliers of fish specialties. With almost 5,300 employees , Nordsee serves more than17 million customers annually and generates system-wide sales of around EUR 329.3 million. To date, more than 150 stores in Germany and abroad are successfully managed by franchise partners. 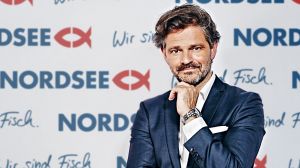 Criticism of the authorities' apparatus