Gastro concept with a vision 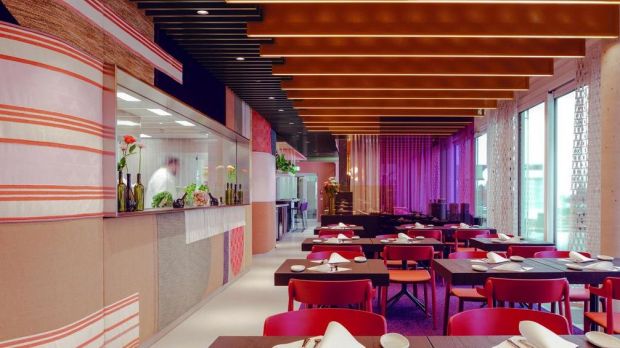 Concepts like "Object Campus – City of Visions" in Denkendorf redefine the idea of our lunch break. The restaurant is a meeting point and showcase for the design competence of the producer Object Carpets.

This text is an excerpt. You can read the whole article in German language in gv-praxis 9/2020 Read now!

Even before Corona sent Germany into mobile working, there were campus concepts that overhauled the separation of work, food and meeting. Instead of cookies and coffee, sophisticated gastronomy promotes creativity, transfer and transparency. The key factor in real life: an inspiring, fascinating quality of stay that must meet high standards today.

Object Carpet, the Denkendorf-based carpet manufacturer trusted by Audi, Porsche, Steigenberger Hotels and Kempinski, has turned the campus concept into a showcase for its own design expertise – an convincing attraction for companies in the Stuttgart region in the 11,000-strong city of Denkendorf. Butz Immobilienverwaltungs-GmbH intends to invest 17 million euros in a total of 20,000 square metres of office and commercial space, energy self-sufficient through photovoltaics and geothermal energy.

Construction phase 1 of 3 with almost 7,000 square metres is complete. Three companies have moved in. Space for one interested party is still available. Pulsating heart of the campus is the restaurant, culinary expression of Object Carpet's claim to quality and sustainability.

In the dining area chef Daniele Ciccarone is evolving his creativity visually right among his guests. Whoever feels like it, may watch his three-man team cooking. Object Carpet managing director Daniel Butz has known and appreciated Ciccarone for years. He has brought his experience in star cuisine to the jointly developed concept.

"This restaurant is the heartbeat of the campus. It is not intended to impart knowledge, but to allow interdisciplinary work. A place for meeting", says the junior boss of Object Carpet, which is an anchor customer here with currently 65 employees. After corona restrictions were loosened in summer, around 80 to 90 percent of the team were back on site. It is important to Butz that the restaurant and co-working facilities are frequented and used extensively: "Through the Lunchit App, we subsidize the meals of our employees.

In the full article, gv-praxis subscribers can read in German language about the visions that Koch, Maitre and Text Daniel Butz have yet to realize and are planning to realize. Read now! 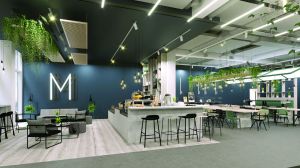 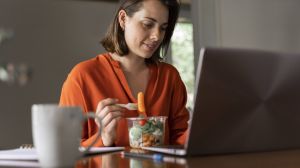 Preferably both: working from home and at the office