Clear the way - organic is coming 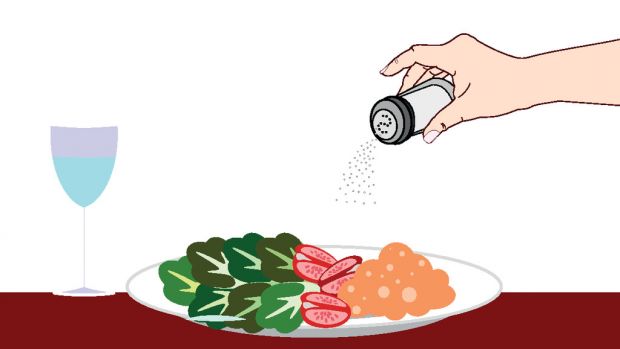 It's the big bang for organic! The Germans' desire for organic products has never been greater. But while the demand in the supermarket is high, the share in the out-of-home market is small. Why gastro-professionals of all people should start now - and what they can gain from it.

This text was first published in the April issue of gv-praxis as part of the special "Clear the way: Organic is coming! (German) Read now!

"Putting good food on the plate" is currently high on consumers' minds, observes Patrick Wodni, deputy project manager at Kantine Zukunft in Berlin. And organic currently seems to be the godfather for the good in the shopping basket. How else can the historic 22 percent increase in sales of organic products last year be explained?

Why does a rapidly growing hotel chain like Motel One consistently and very successfully rely on organic for breakfast? Yes, and why does one of the best restaurants in the world, Maaemo in Norway's capital Oslo

, rely on organic? And why does a university restaurant chef like Stefan Gerhardt in Braunschweig, in the price-driven education market, suddenly start to consistently swear his offer to organic? But the biggest question remains: Why haven't more restaurateurs followed these examples so far? The answers are complex. Too expensive, not sexy enough and too elaborate are just some of the arguments that justified a "carry on like this" before the Corona crisis. 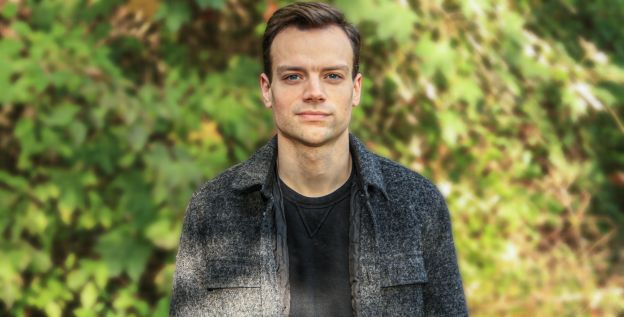 Patrick Wodni
Patrick Wodni, Deputy Project Manager Kantine Zukunft, Berlin.
Patrick Wodni sees another essential reason behind all these arguments: "With everything new we have to leave the tried and tested ways. And that is precisely why now is the best time to rethink the food offering, indeed to subject it to a critical review," he says. I'm sorry, now in crisis? "The Corona pandemic has forced us hardcore to break with cherished habits and tackle new things," says Wodni. Each of us individually and all of us collectively had this experience in the exceptional year of 2020. We had to react to the new circumstances without any well thought-out plans. Affected by this: Guest and host alike.

The great opportunities in change

"The Corona crisis catapulted us into a completely new everyday life. It has made us more open to new things," adds the campaigner for a different, more sustainable food culture. That's exactly why now is the best moment to readjust his food offer - and to adapt it to the changed demands of the guests. This also means opening up to organic products. After all, consumers want organic food more than ever - even outside the home.

The facts speak for themselves: two thirds of us now regularly reach for fruit and vegetables from organic farmers - and one in two satisfies their meat cravings with schnitzel, sausage and steak from organic pigs and cattle, according to the figures from a representative online survey by management consultants Pricewaterhouse Coopers (PwC). In addition, the vast majority would like to see more animal welfare on the plate. The question is therefore, according to Wodni, do I want to stay where I am or evolve with the times? In many company restaurants, he says, only about half of the workforce is being reached. "Why is that, really?" he asks somewhat provocatively.

And there is still room for improvement in many gastronomic concepts. Here it is worth taking a closer look, says Wodni, who sees great opportunities in "change". Conquering new target groups and sales and making a statement for sustainability - internally and externally. These are weighty reasons for the new composition of the food offer with organic and further trendy ingredients such as plant-based, healthy food or a good portion of homeland feeling - depending on the guest target group.

"The Corona pandemic has made many people think: How do we treat our environment, our resources? How do we treat our animals? And can we continue to live as we do now?", says Rainer Roehl . He is regarded as the pope for the use of organic food in large-scale catering and gastronomy and has been observing the market for three decades. His conclusion: we have reached a tipping point, a turning point that requires action. Not tomorrow, but right now! On the one hand, because we are open and ready for it, and on the other hand, we have no time left for it. 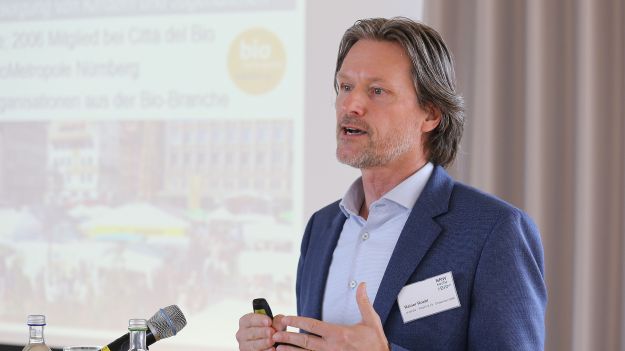 Thomas Rohnke
Rainer Roehl, managing partner a'verdis
The current species extinction is serious, he says, not only bees are in danger, but also our birds are losing many feathers: the population of partridges, for example, has declined by 84 percent in the past 25 years. The situation is similar for many other species on this planet. Experts are already talking about "mass extinction", a mass extinction of many species within a short period of time. And the climate crisis is also becoming more apparent from year to year, when it is once again said to be "the warmest winter on record". Therefore it is no coincidence that exactly now the Fridays for Future movement returns to the media stage and makes clear: Keep it up was yesterday.

" Organic farming protects the climate and promotes biodiversity in the fields," says Rainer Roehl - and says all the scientific research and studies of recent years. And there have been many. At the same time, there is more animal welfare in favour of organic farming. But in the end, what counts for the guest is the taste on the plate. "Here, too, organic comes off better," judges the organic expert. In the vanilla ice cream check of the FAZ, the 13 most important varieties were tested in 2017. The first three places were taken by organic manufacturers, says Roehl. Whether organic apple or steak, you can taste the difference. Even with French fries, you can feel the different (potato) quality.

Many arguments speak for organic. This is probably one of the reasons why many federal states and municipalities have set out to push the use of organic in gastronomy and canteen kitchens. Especially ambitious: Bavaria. The state is aiming for an organic share of at least 50 percent of the value of goods by 2025 and is considered a nationwide pioneer. So why don't we just get started? "The guest will reward it more than ever", Rainer Roehl and Patrick Wodni agree. The conditions for a restart per quality and sustainability have never been better.