Entry into the German market 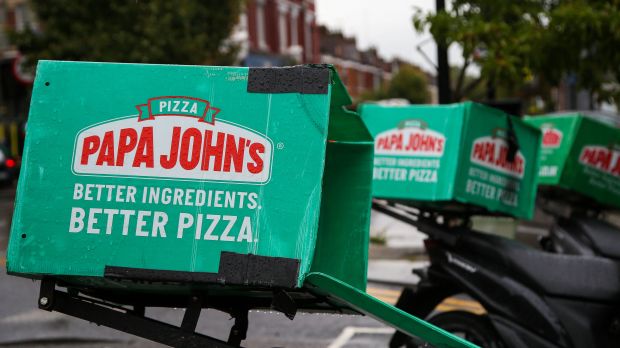 IMAGO / ZUMA Wire
The US pizza company Papa John's is coming to Germany.

U.S. pizza chain Papa John's is opening its first location in Germany on 26 February. In seven years, there will be a total of 250 units in the local market. The first branches are planned for Saxony and Saxony-Anhalt.


In summer 2019, the Uno Pizza chain from Halle/Saale was sold to Papa John's Germany, whose locations were already to be converted into Papa John's restaurants last year. Back in May 2019: "The Russian franchisee of the US pizza chain Papa John's, PJ Western, together with PJ Germany, is taking over the 13 locations of the Halle-based company Uno Pizza." However, Corona put a stop to the openings, which were currently being planned.

Now the German launch is finally taking place. For example, the first three Magdeburg locations of the previous 13 Uno Pizza locations in Saxony-Anhalt and Saxony are currently being converted, followed by Halle, Leipzig and Merseburg in spring and summer 2021. The opening on 26 February will also mark the start of the new franchise concept, which will then also be present in other cities in Germany.

On the world market for 40 years

The Uno Pizza brand has been established in central Germany for more than 25 years, and the Papa John's chain has even been active on the global market for almost 40 years. "With the know-how of Papa John's and the proven Uno products and recipes, we will successfully launch the Papa John's brand in Germany," says Frithjof Heinz, Managing Director of PJ Germany, about the acquisition.

Papa John's global products include the Super Papa Pizza, the Philly Cheesesteak and the Papadia - a mixture of pizza and sandwich - as the latest new development. But Uno regulars will also find previous bestsellers on the new menu, they say. Although the focus of the offerings is on all types and sizes of pizza, the menu also features pasta, snacks, salads, desserts and drinks, among other items.

Papa John's was founded in the U.S. in 1984 and has since operated under the guiding principle of "Better ingredients. Better Pizza." With more than 5,000 stores in 46 countries, the chain is now considered the third largest delivery service provider in the world, according to the company. More than 80 percent of all restaurants are operated by franchisees. Frithjof Heinz: "Our goal is to open 250 new Papa John's restaurants in Germany over the next seven years."

PJ Germany was created as the German offshoot of PJ Western. Together with PJ Western, a total of 13 branches of the Uno Pizza chain were acquired in central Germany in 2019.

PJ Western PJ Western is one of the world's largest Papa John's franchisees and licensee of the Papa John's brands in Central and Eastern Europe. It currently operates 200 restaurants, in addition to ten dough production plants in Europe and Asia. 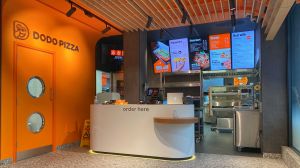