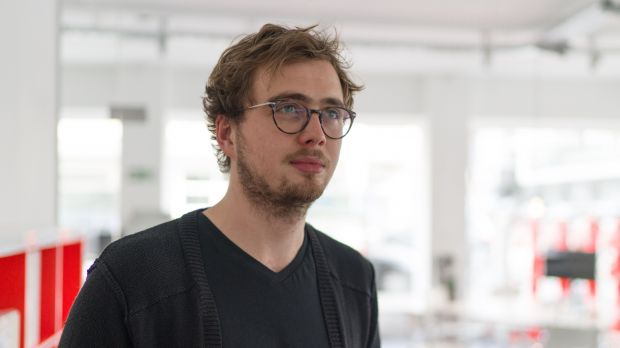 BitBucks
Philipp Peters, Online Marketing Manager at the Stuttgart-based start-up BitBucks, wants to win over restaurateurs and merchants for payment transactions via Bitcoin.

The founders of the Stuttgart-based start-up BitBucks are convinced that the future belongs to the cryptocurrency Bitcoin. Bitcoins are supposed to flow quickly and easily between private individuals as well as between buyers and traders via the BitBucks Wallet. Why the payment method - via the Stuttgart wallet - should also be exciting for restaurateurs, explains BitBucks Online Marketing Manager Philipp Peters.

What speaks for the expansion of payment methods to BitBucks from a restaurateur's point of view?
With our app, we want to offer a mobile, digital and contactless payment method, in other words: an alternative to cash - and to card payments. Bitcoin is already the currency of the Internet. From our point of view, Bitcoin can and will compete with the euro and the dollar - thanks to its international character and its lower risk of inflation. While the euro and dollar have been steadily depreciating, the bitcoin price has doubled on average every year. But yes, why should restaurateurs of all people get on board? With our app, we want to keep the effort as low as possible for the users. Merchants and restaurateurs need nothing more than the app and a QR code. They don 't need their own software.

PayPal will also offer the payment function via Bitcoins in the coming year. Will this make your app obsolete?
No, first of all, such news is gratifying for us, by the way. When big companies recognize the value of cryptocurrencies, it also triggers momentum, which we need. Without the proper tailwind, bitcoin would remain an investment vehicle. Big names bring Bitcoin into the mainstream and again have an impact on the price. And - with Paypal, 26 million merchants automatically enter the system. However, with Paypal, bitcoins stay on PayPal's payment network. To the best of my current knowledge, users cannot manage their own Bitcoins. With us, on the other hand, users can also transfer the Bitcoins back to their own wallet. In addition, our fees are lower than those of PayPal.


What technical requirements do restaurateurs need to meet in order to integrate BitBucks?
All you need is a smartphone or tablet and of course our app. Every new participant is then activated by us and receives a QR code where his wallet is stored.

How does the restaurateur then keep track of the Bitcoin payments and how do they flow into the accounting?
We offer every trader a monthly transaction export. In the accounting no Bitcoins appear, everything is booked as Euro. But in the app you always have the overview.

Is this enough for professional businesses?
At the beginning, the number of Bitcoin payments will be limited. If a more frequent report is desired, we will adjust this. Some merchants have also told us that the transactions have to be listed in the POS system. Therefore, we have also contacted the respective providers. There, too, the topic is meeting with concrete interest.

What happens to then the bitcoins in the wallet?
The easiest thing to do is to sell everything again every day. Then one also pays no speculation tax. Or you can keep it as an investment. From our point of view the more sensible option.

For which target groups is BitBucks interesting - and thus for which concepts?
Young tech-savvy people. The term Bitcoin is cool. Young restaurateurs with new and modern concepts. Like those people who started the Bitcoin neighborhood in Berlin a few years ago. On the other hand, BitBucks is also an opportunity for bakeries or restaurants that do not yet accept digital payments. For them, it would be a simple way to introduce cashless payments. Of course, the real breakthrough will only come with the big players like McDonald's, supermarket and home improvement chains. We are also working on this and are currently creating the first successful user cases for our app.

Is there interest on the part of merchants and restaurateurs?
Many people are interested in Bitcoin, have an inkling of its potential and can imagine getting involved. But it is also clear that Bitcoin as a cryptocurrency is associated with skepticism. In addition, there is always the question: What kind of work will we have to do? By talking to the restaurateurs, we learn what functions and features the app needs. We only get further through conversations and cooperations.

How many downloads/users does your app have?
Download figures worldwide are in the five-digit range. Of course, the German market is the closest to us. In Germany, we have reached the four-digit download range, but we are expecting increasing growth here, especially due to the recent successful acquisitions of some new retailers.

What role does the Corona crisis play for your company?
It's a double-edged sword. The crisis has shaken the stock markets, while the Bitcoin price has risen or at least remained stable. On the other hand, traders have a different focus right now.

About BitBucks
Integrating Bitcoin as a means of payment into everyday life: this is the vision of the Stuttgart-based start-up BitBucks. For this purpose, the company offers the BitBucks Bitcoin Wallet for iOS and Android, a solution that enables instant payments with Bitcoin at the point-of-sale. In this way, customers as well as merchants, restaurateurs and many other self-employed people should be paved the way to mobile and contactless payments. The Stuttgart-based company's target group includes restaurants, cafés, craft businesses and local retail shops. 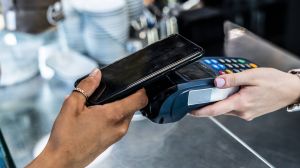 A boost for cashless payments