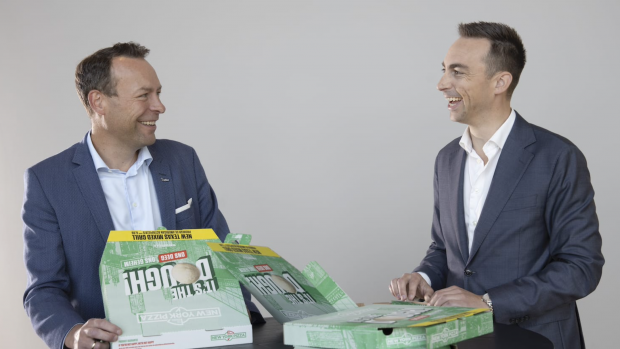 Orkla has entered into an agreement to purchase 75% of the shares in New York Pizza, one of the leading pizza chains in the Netherlands.

Orkla has entered into an agreement to purchase 75% of the shares in New York Pizza. The current shareholders will continue to have an ownership of 25%. The enterprise value on a 100% basis is EUR 145 million, equivalent to approximately NOK 1.5 billion. Over the last 12 months to 30 April, New York Pizza generated a normalized EBITDA of EUR 12.7 million (approx. NOK 135 million). Reported EBITDA reached EUR 12.1 million (approx. NOK 128 million), both normalized and reported earnings are according to local Dutch GAAP.

“We are delighted to be able to sign this agreement. New York Pizza is a well-run company with competent management and a well-functioning franchise model. The acquisition of New York Pizza is aligned with Orkla’s strategic ambition of growing in the Out-of-Home segment, which has higher growth than the traditional grocery channel,” says Jaan Ivar Semlitsch, Orkla President and CEO.

“For New York Pizza, this is an important step forward that will enable us to further scale the business model. With Orkla we have found a partner that shares New York Pizza’s values, strategy and culture. We are looking forward to working with them to realise the company’s international growth potential,” says Philippe Vorst, CEO of New York Pizza.

A key component of New York Pizza’s operating model is the pizza dough manufacturer Euro Pizza Products, which also purchases and distributes other pizza ingredients and condiments to sales outlets. The high-quality pizza dough is exported to customers in 18 European countries. The largest external customer is Kotipizza, the Orkla-owned and leading Finnish pizza chain.

New York Pizza is headquartered in Amstelveen in the Netherlands and currently has 75 employees. The business will be run as a stand-alone entity within the Orkla Consumer & Financial Investments business area, side by side with Kotipizza. New York Pizza is, like Kotipizza, operating a franchise-based model.

“Since Orkla acquired Kotipizza in January 2019, the company has performed very well. With both New York Pizza and Kotipizza in our portfolio, we see several opportunities for closer collaboration, which we and the local management teams believe will strengthen both chains” says Kenneth Haavet, Orkla EVP and CEO of Orkla Consumer & Financial Investments. Mr Haavet will be the new Chairman of the Supervisory Board of New York Pizza. Tommi Tervanen, CEO of Kotipizza, will also join the new Supervisory Board.

The acquisition is subject to the approval of the Dutch competition authorities. The transaction is expected to be completed in the third quarter of 2021.

About Orkla
Orkla is a leading supplier of branded consumer goods and concept solutions to the consumer, out-of-home and bakery markets in the Nordics, Baltics and selected markets in Central Europe and India. Orkla is listed on the Oslo Stock Exchange and its headquarters is in Oslo. The Group had a turnover of NOK 47.1 billion in 2020 and has over 21,000 employees.
tags: 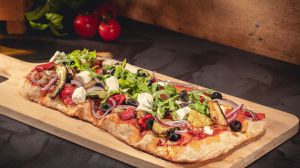 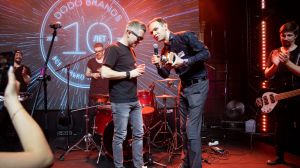 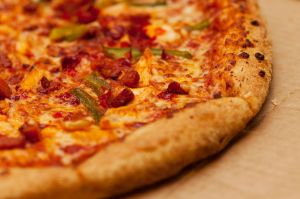