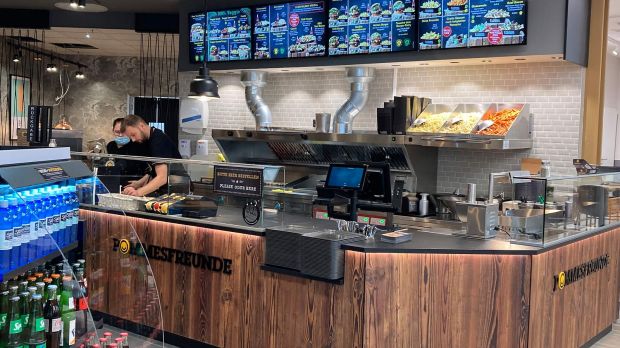 Pommes Freunde, the street food frites brand of the Enchilada Group, is continuing its expansion course. A few days ago, the first store opened in Fürth, followed by the tenth in Munich at the end of October. In addition, a contract was signed for another location in Nuremberg. The brand hopes to have 15 new contracts by the beginning of 2022.

The new Fürth store in the Flair shopping center offers 38 seats, fresh French fries, currywurst, burgers, hot dogs and many vegetarian and vegan alternatives on around 80 square meters. With its 60 shops and unique virtual reality world, the Flair shopping centre not far from the town hall is one of the most attractive locations in the Franconian metropolis.

The tenth store in Munich will open at the end of October in Orlandostraße, directly on "Platzl" in the immediate vicinity of tourist attractions such as the Hofbräuhaus. The new store, which previously housed a branch of Vinzenzmurr, is 80 square meters in size and will have 30 seats inside and 20 seats on the terrace.

Another location has also been signed in the Nuremberg/Fürth conurbation: At the main train station, the second store will open in the second quarter of 2022.

"The pace of new store openings has once again picked up considerably over the course of the year. We have further strengthened our presence in southern Germany with these three stores. Of course, we are not limited to this region, but high purchasing power and economic dynamism are particularly pronounced here," says Sebastian Petz, founder and managing director of Pommes Freunde Franchise GmbH.

The focus of the expansion will also remain specifically on the state capital of Munich: " Negotiations are currently underway in Munich for three more locations and we expect to sign these before the end of 2021. Of course, we are focusing on the new store in Orlandostraße. I am very pleased that we were able to secure such an attractive location in the heart of the city for our tenth store. The Platzl is heavily frequented by locals and visitors from all over the world, and with our high-quality street food we offer a perfect complement to the existing gastronomic offerings on site," says Sebastian Petz.

Currently, Pommes Freunde has 35 locations in Germany, and the trend is rising: within the next two quarters, up to 15 new locations could be signed. "We are a Munich-based company and this is where it all started more than ten years ago. Nevertheless, we are pushing ahead with our expansion nationwide, because we offer a concept that we think fits the times perfectly," says Petz.

The fresh French fries made from whole potatoes are never deep-frozen and the sausage, "Made in Germany", comes from a family business. With all suppliers, Pommes Freunde focuses on quality and specifically selects the producers. At Pommes Freunde, guests experience the entire production process through the open kitchen and can interact at any time. In addition, mindful consumption of meat is encouraged: For every meat dish there is also a vegetarian alternative. 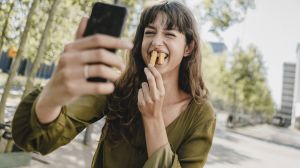 Why Frittenwerk is keen on new social media platforms 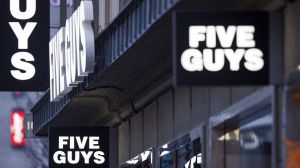 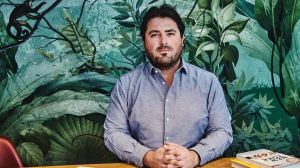 "We will exceed our expansion targets".