The architect of well-being 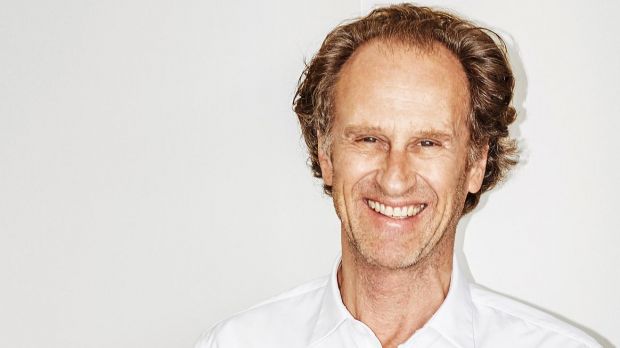 © Nacho Alegre
The Milan office of the designer and architect Matteo Thun is responsible for the interior design of Vapiano as well as many international hospitality projects. The Eisenberg Forest Clinics are his first care project.

For Matteo Thun, aesthetics and design are at the service of function. Now to create a hospital made of wood seems to be the logical consequence of his creative maxim.

This text is an excerpt. You can read the whole portrait in gv-praxis 10/2020 (German). Read now!

Functional, simple, aesthetic. The maxim of architect and designer Matteo Thun is not to make a design statement, but to work sustainably, in harmony with nature. His aim is not to make capricious flourishes.

Thun's goal as an architect and interior designer is to create a sense of well-being. So it is only logical that after 40 years of international creativity he is turning his attention to hospitals. "The guest - Latin 'hospes' - is the focus of attention," says Matteo Thun. "At the Waldkliniken Eisenberg the patient is the guest. We are well versed in the hotel business. Here we have chosen a design language that combines the aesthetics of hospitality projects with those of the health care system".

Four restaurant concepts for a hospital

"Architecture and interior design should promote the healing process. We have combined them at a level that has hardly ever been seen before in hospital environments," says Thun. In addition, his design was convincing as the most ecological, sustainable and economical. For Thun, who was born in South Tyrol, it is just as essential as the hotel character of the public areas, the rooms with wooden floors and a view of the greenery and the culinary offerings - an integral part of the overall plan.

Four restaurant locations, Dehoga-certified, take on four different tasks: The lobby bar welcomes everyone with snacks, drinks and service, just like in a hotel. The bistro is mainly used by employees for a culinary break in a recreational atmosphere. The largest restaurant "La Piazza" with 100 seats offers Italian flair, a green courtyard and plenty of daylight. "It is the focal point for all patients treated by the health insurance company for all meals of the day - even in between meals," emphasizes Matteo Thun. "A restaurant where guests and visitors can dine was another must for us."

About Matteo Thun
Matteo Thun (born 1952 in Bolzano) completed his architecture studies in Florence in 1975 and studied with Oskar Kokoschka. In 1981 he was one of the founders of Sottsass Associati and the Memphis Group together with Ettore Sottsass. The Milan office of Matteo Thun Milano, professor of design and applied arts (Vienna, 1983-1996), is responsible for the interior design of Vapiano as well as many international hospitality projects. The Waldkliniken Eisenberg are his first care project.