From Munich to the world and back 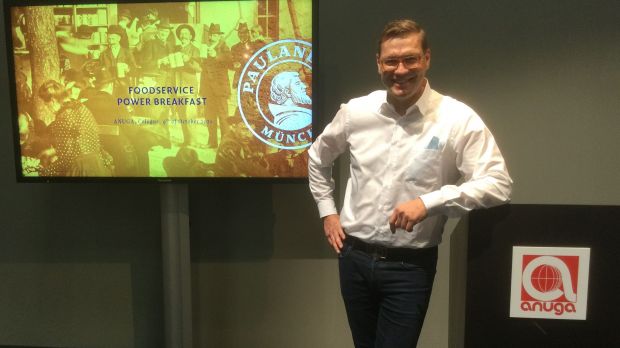 The next big baby in Asia will open in early November: A brewpub in Almaty, the cultural capital of Kazakhstan. Lars Eckart, Managing Director of Paulaner Franchise GmbH is looking forward to the date and already has further plans. For Germany, too.

"In 1992, the first brewhouse started in an annex of the Kempinski Hotel in Beijing," explains Managing Director Lars Eckart at this year's Power Breakfast at Anuga in Cologne. Back then, it was a large house with 280 seats, today it is rather one of the smaller ones - meanwhile, there are about 50 breweries and pubs worldwide, with a focus on China.

Word quickly got around in this huge country that there was something special in Beijing. Right from the start, the target group was the better-off Chinese. Today, you pay between 10 and 12 euros for a half-liter of home-brewed beer. The food on the menu is Bavarian - just like you would find in Munich. 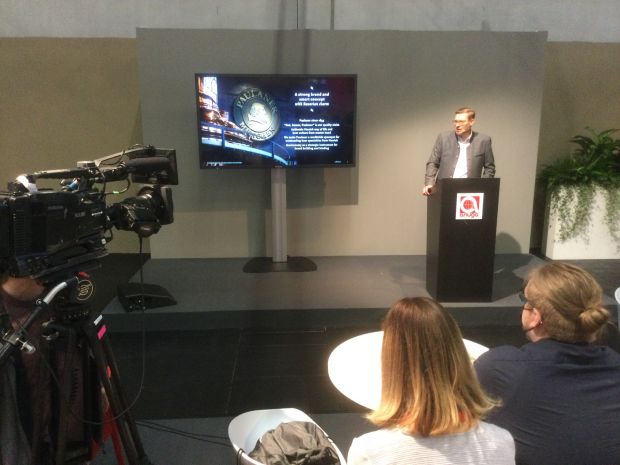 Tomic
Recording of the Power Breakfast with Lars Eckart at Anuga in Cologne 2021.

The fascinating thing about this franchise story is that Paulaner has now been pushing the re-integration of the franchise model in Germany for a few years, in addition to further expansion in Asia. At Potsdamer Platz, since summer 2020, up to 400 guests have been able to experience Bavarian pub culture and the Munich way of life up close in an area of just under 700 square metres. With his 30 or so crew members, franchisee Florian Scheidt transports the lifestyle and hospitality of Munich's beer gardens and inns directly into the hearts of Berliners and returning tourists - in keeping with the motto "from Munich to the world".

And back again. Lars Eckart and his team, in cooperation with transport location expert Lagardère, opened a small version of the brewhouse, 77 square meters in size, at Frankfurt's main train station in August. There are further plans for Germany to open Paulaner locations in various sizes in cooperation with franchise partners. Anyone interested in this must also have the necessary capital - the largest variant with its own micro-brewery and a size of 1,200 square meters requires a franchisee investment of around 3,000 euros per square meter. 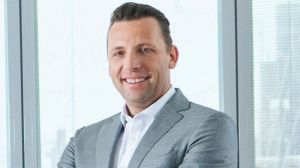 Brainfood for breakfast in Cologne