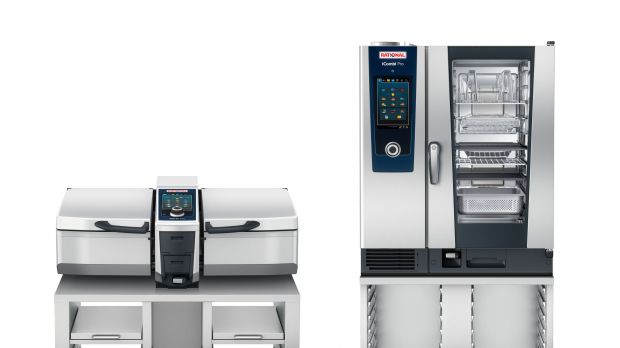 Rational
The cooking technology leader from Landsberg am Lech is gradually recovering.

In the first half of 2021, the cooking technology specialist generated sales of €379.3 million, 27% more than in the same period last year. This puts the company only around 5 percent below its pre-crisis level.


"After the weak start to the financial year with low incoming orders and a relatively poor economic and political outlook, the industry and we were surprised at how quickly the trend reversed," explains Peter Stadelmann, CEO of Rational AG. According to Stadelmann, three special effects contributed to this positive development in the commercial kitchen industry: catch-up effects from the hospitality industry, government aid programmes and stock purchases due to the tight supply situation.

Q2 was particularly strong. With sales revenues of €211.6 million, Rational exceeded Q2 2019 sales (€205.1 million) and slightly surpassed pre-crisis levels by 3 percent. After six months, sales of €379.3 million are 27 percent higher than the first half of 2020, and only about 5 percent below the level of the first half of 2019. The Ebit margin was 22.3 percent in the first half of the year.

Positive development in all regions

The positive momentum was felt in all markets worldwide. Year-on-year growth rates ranged from 19 percent in the DACH region (Germany, Austria, Switzerland) to 43 percent in Asia. In Asia, the global market leader for combi steamers was already able to exceed the pre-crisis level by 18 percent during this period. The DACH region (-2 %) fell just short of this. The EMEA (Europe, Middle East, Africa) (-7 %) and Americas (-12 %) regions still lag slightly behind the pre-crisis level in 2019. However, adjusted for the more volatile chain business, the Americas are on par with the sales level of the first half of 2019 after six months.

Sales of the iVario product group in the first six months of fiscal 2021 were up 51 percent year-on-year at €41.7 million. In addition to the recovery in Europe, the product group continued to benefit from last year's market launch of the iVario in North America and China. "With the sale of the 50,000th multifunctional cooking appliance, our Wittenheim subsidiary has reached an important milestone," Dr. Stadelmann expressed his delight. In the iCombi product group, sales in the 1st half of 2021 were 25 percent above the previous year at 337.6 million euros.

If the Corona situation and the supply situation on the raw materials markets do not deteriorate or deteriorate only slightly, the increase in sales for the 2021 financial year is expected to be 15 to 20 percent. "A return to the sales level of 2019 could already be possible for the entire 2022 financial year if recovery trends continue," Peter Stadelmann is confident. The company had previously anticipated 2023.

The Rational Group employed 2,186 people worldwide as of the end of June 2021, and 2,180 at the end of 2020. Around 1,200 people were employed in Germany as of the reporting date. In the exclusive ranking of the top commercial kitchen technology manufacturers in Germany for 2020 year, Rational maintained first place with sales of 650 million euros (-23 % yoy).