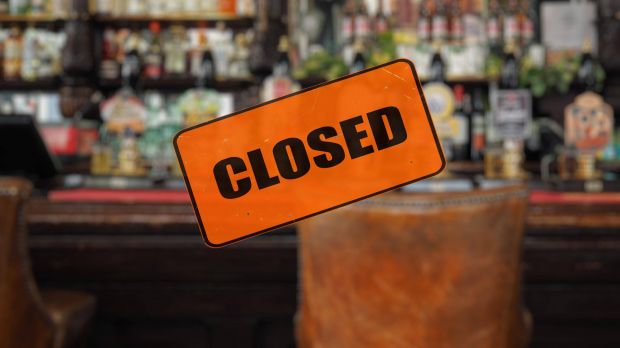 IMAGO / Panthermedia
English pubs will have to wait until at least mid-May before they are allowed to serve guests indoors again.

Pubs and restaurants in England will remain without indoor patrons until at least mid-May. From April 12 at the earliest, Prime Minister Boris Johnson is holding out the prospect of a possible opening of outdoor dining. Cautious but irreversible this re-launch should be, so Johnson's promise. The associations are sounding the alarm about the new delays.


"From the beginning of November until the re-start, it will have been nearly 200 days with just a few weeks in December of marginal turnover for the industry," comments UK Hospitality Association chief executive Kate Nicholls on the government's announcement.

Hundreds of thousands of jobs in the hospitality industry are at stake without a substantial aid package being put in place over the next nine days, she says. Nicholls points out, "Only 40 percent of hospitality businesses have an outdoor area, and in some cases it's little more than a table and a few chairs." To ensure the survival of the industry, she is calling for an extension of the VAT cut as well as a targeted extension of the exemption scheme. The rent moratorium also needs to be extended, she said, as do the deadlines for loan repayments. Businesses need breathing space before they can repay the debts piled up during the crisis, she said.

1.5 billion British pounds would cost the hospitality industry this cautious way out of the lockdown, the British Beer & Pub Association estimates. Chief executive Emma McClarkin said:'If we serve only outside from April 12, three out of five pubs across the UK are likely to close. That's 29,000 pubs that still can't open, either because they don't have an outdoor area or simply because they are not commercially viable. This means that only 17 per cent of our pub capacity will be open from April." McClarkin is calling on the UK government to close the 1.5 billion funding hole that is gaping here through a financial package. In addition, he said, the government must stand by its promise to end stand-off rules from June 12. Last year, he said, we saw 2,000 pubs close for good. This must not be allowed to happen again under any circumstances, he added.

Although the vaccination programme in the UK is meeting expectations, the government does not want to risk having to take back openings. The goal is a "one-way street to freedom" and the end of the lockdown must be irreversible. Schools and universities start in England from 8 March. From the end of March, up to six people are to be allowed to meet outside again. Urban life is then to be allowed to resume from 12 April at the earliest.

In Ireland, bars, restaurants, cafes and hotels have been closed for most of the last 12 months. It will remain that way into the summer in the country with the 16th-highest rate of COVID-19 infections among the 30 countries monitored by the European Centre for Disease Control.

"The infection figures are far too high," Prime Minister Micheál Martin said in an interview with state broadcaster RTE."Any easing of restrictions must be done slowly and carefully because of the threat of new variants of the disease," he said. The country has registered 4,135 deaths linked to the virus, half of them since early January, according to Reuters news agency.