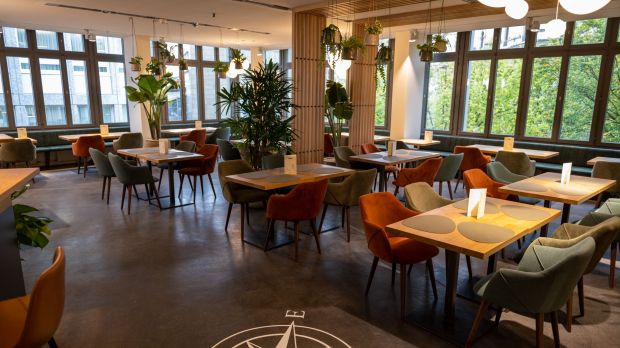 Rawport | Rockservice
Globus Gastronomie is gradually outsourcing its restaurants to local operators: since October, Cosmo in the Globus department store in Lucerne has been operated by Rockservice AG, which runs other concepts in Lucerne.

The Swiss department store chain Globus is continuing its gastronomic reorientation: In Lucerne, the Cosmo restaurant on the 3rd floor of the Globus building has been run by regional gastro specialist Rockstar since October 4. 70 indoor seats are available in the newly designed and furnished restaurant.

Lucerne's gastronomy is enriched by an exciting attraction: " Cosmo is the name of the concept in the Globus building on the third floor. It awaits guests all day with tapas and mezze, a rich dessert offer such as Belgian waffles and sorbets, creative cocktails as well as natural wines and coffee from the region," reveals Robert Zupan, founder and managing director of the Swiss gastronomy company Rockservice.
Rockservice AG is behind the new concept in Lucerne. Owner Robert Zupan and his team have been presenting themselves as innovative movers and shakers in the Lucerne gastronomy scene for years. In addition to the Pizzeria La Bestia, the company also operates the Wolf Burger & Steak Bar and the Lido Beach House.

In last year's foodservice ranking of the top 32 gastronomy companies in Switzerland in 2019, Globus Handelsgastronomie ranked 25th overall and fifth among the five major trade gastronomers with 52 million Swiss francs in gastronomy sales (net), 51 units and 140 employees (editors' estimates).
In the ranking, the Corona effects for 2020 were also queried and it became clear that, in addition to traffic gastronomy, the trade gastronomy segment in particular was strongly affected by the crisis.

In the course of its new strategic gastronomy orientation, Globus has almost completely divested itself of its gastronomy division throughout Switzerland and is now focusing on cooperation with innovative and local gastronomy providers. This is now also the case in Lucerne,"where we operate Cosmo on a rental basis," as Zupan puts it. 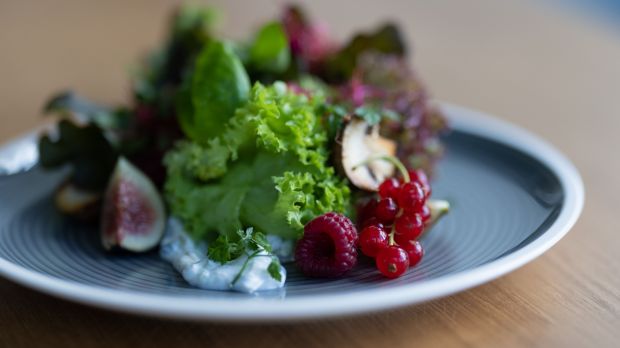 Floid | Rockservice
Cosmo should offer international and local flair at the same time: The ingredients of the dishes and also the drinks are to be sourced mainly from the region.

Up to 400 guests expected daily

The all-day concept with breakfast, lunch and dinner, which Zupan says is interpreted more as an after-work meal or snack, is a café, bar and restaurant in one."Every day we expect 200 to 400 guests," says Zupan. He defines the target group as very broad, with Globus naturally appealing more to the premium segment. Zupan sees an average receipt per guest of 10 to 15 Swiss francs - many coffee & cake guests - as realistic at the start.

About Rockservice AG
The company was founded more than 10 years ago: The burger stand Rockfood offered fresh burgers to music fans at various festivals. Since 2012, Robert Zupan has been running the company under the name Rockservice AG. The focus is now on the further development of innovative gastro projects and catering offers, while also remaining true to the festival line, they say. With various pop-ups in Zurich and Lucerne, including the Down to the Left series, Zupan sees himself as one of Switzerland's pop-up pioneers.

In the morning, a "Znüni" offer, as it is called in Swiss jargon, awaits guests with freshly prepared egg dishes, fruit bowls, smoothies and freshly baked goods. At lunchtime, there are two menus to choose from each day, complemented by a weekly menu. Those with a little more time can also meet at Cosmo for an extensive and attractive business lunch.

International & local at the same time

Cosmo aims to combine two things: despite its international flair, it wants to rely on organic and regional products whenever possible for its ingredients and drinks. "The coffee beans come from the local roastery, the wine from natural cultivation, the iced tea is homemade," says Zupan. Not only sustainability is the focus at Cosmo, but also freshness. All dishes are prepared on site in an open kitchen. Those who want to look over the shoulders of the kitchen team can book a place at the Chef's Table.

Two well-known local chefs make up the kitchen team: Sebastian Hentzmann (e.g. Zur Werkstatt, Hotel National Lucerne) and Martin Burkard (e.g. Stern Lucerne) are jointly responsible for the culinary delights at Cosmo. In the evenings, the restaurant transforms into an attractive event location and can be booked by groups of up to 120 people. "Globus stands for high quality and sustainability in the entire food sector. For Rockservice AG, this cooperation is therefore extremely exciting," emphasizes Robert Zupan.
About Globus

In February 2020, the traditional Swiss department store chain Globus was sold by the then Globus owner Migros. A joint venture of Signa and Central Group, owners of the luxury department store group with department stores such as KaDeWe, Rinascente and Illum, acquired the magazines to Globus AG and eight associated properties from the Migros-Genossenschafts-Bund. Since then, the company has been working on a new positioning: A strategic focus on the luxury and premium department store business is to be implemented, in addition, the realignment of the gastronomy now also follows.
In July 2020, the sale of 31 specialty stores was also signed. As of February 1, 2021, the former management trio Thomas Herbert, Silvia Bayard and Fredy Bayard took over all former Schild and Men's Globus stores as well as all Navyboot stores of the Globus Group.
To lead Globus into a successful future, the owners will invest 300 million Swiss francs in the department stores and the Globus brand over the next few years, they say.
Globus generates annual sales of more than 700 million Swiss francs in Switzerland with 10 department stores and the online channel.