Due for completion in early 2022, Bujairi Terrace will be comprised of four Michelin starred restaurants - Bruno, Tatel, Hakkasan and Long Chim - alongside a curated set of premium cuisines and beverage brands – ranging from pit-stop coffees to leisurely fine-dining experiences, with 18 food and beverage brands brought together to cater for local and international visitors for the first time.

As part of DGDA’s ambitious goal to showcase Diriyah as Saudi Arabia’s foremost historical, cultural and lifestyle destination, the premium dining space will enjoy uninterrupted views of Diriyah’s ‘Jewel of the Kingdom’, the UNESCO World Heritage Site of At-Turaif, which is the site of the First Saudi state and birthplace of the Kingdom. 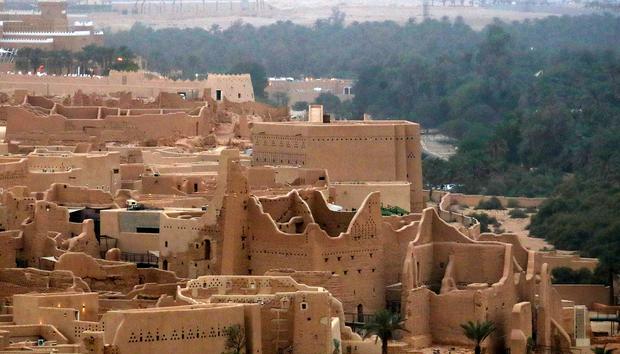 IMAGO / ITAR-TASS
Ruins of Diriyah, the capital of the first Saudi state and the original home of the Saudi royal family.

Jonathan Timms, President, Diriyah Development Company said: “Bujairi Terrace is set to become the foremost luxury dining destination in the Kingdom of Saudi Arabia. Nestled in Wadi Hanifah, overlooking the Jewel of the Kingdom, At Turaif, we are excited to welcome 12 world class global brands including four Michelin star restaurants to Diriyah. This bustling, exciting gathering place with set the new standard in visitor experience in Saudi Arabia.”

To reflect Diriyah’s historical significance as a gathering place and crossroad of cultures, the dining area has been designed using the traditional Najdi architectural style and building methods in a pedestrianized, al-fresco atmosphere. On completion, the iconic tourism destination of Diriyah is projected to attract more than 7 million visitors annually and the launch of Bujairi Terrace will mark the start of this ambitious goal.

The brand-mix has been meticulously planned, offering various international flagship brands as befits Diriyah’s status and prominence, in addition to Middle Eastern and particularly Saudi cuisine to ensure authenticity and cater to global and local audiences.

World-renowned premium Chinese Hakkasan, French Café de L’Esplanade and the Beverly Hills steak-house favorite Mastro’s will all bring international gravitas to the destination whilst attracting a local and domestic audience who have yet to experience these famous brands in the region.

Award-winning Sum + Things will offer a bespoke combination between a curated retail space and restaurant, aiming to mimic the comfort of home whilst redefining conventional spaces.

The iconic Parisian patisserie, Angelina will provide a chic European atmosphere and its famous hot chocolate to the streets of Diriyah, whilst a more relaxed, American take on coffee shops will be provided by Sarabeth’s. Brunch & Cake, the Barcelona born all day dining restaurant and community hub will cater to those on the lookout for creative food and wholesome ingredients, set amongst a contemporary, ‘bohemian chic’ environment.

Critically acclaimed Long Chim introduces premium Thai to the area, whilst Tatel will bring its much loved glamour across from Miami, Ibiza and Madrid to Diriyah. Bruno’s, the second outpost of the much-loved Chez Bruno’s, which has been part of the French Riviera’s dining scene since 1990, will provide upscale Italian.
Local Saudi-Owned Brands
GRIND, café dining
SUGAR, desserts
Sum + Things, all-day dining
TAKYA, Saudi contemporary cuisine
Mastro’s, Bruno and Café de L’Esplanade are all brand new names to the wider Middle East region. It’s the first time that Mastro’s will have opened a restaurant outside the USA, and the first time that Bruno and Café de L’Esplanade have restaurants outside of France.

COVA, a historic Pasticceria dating back to 1817 recognized for an opulence that delivers tailored creativity on a plate, Cova makes its foray into the KSA as the epitome of a time capsule of Italian tradition.

On completion, DGDA’s development will feature an array of world-class cultural, entertainment, retail, hospitality, educational, office and residential areas, including 38 hotels, a diverse collection of museums and  cultural institutes, and a bustling retail heart that will complement the newly-revealed Bujairi Terrace. 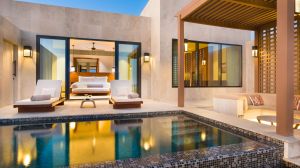 Hyatt grows in the Middle East 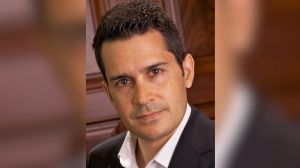 How Covid-19 is affecting coffee business in Middle East