Why Tiktok and own apps pay off for restaurateurs 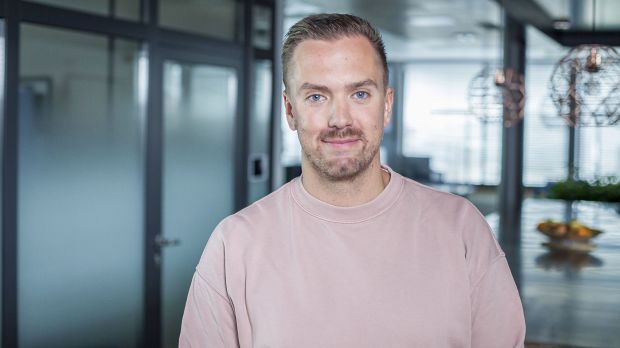 In lockdown times, Facebook, Instagram and the like were often the only link to the guests. Social media communication experienced a rapid boost - but is used differently by restaurateurs.  Recommendations for action from social media expert Jan Koenig, Odaline.


Jan Koenig from the agency Odaline advises companies on how to optimize their social media strategies. In an interview with foodservice, he outlines the current trends.


What consequences does the pandemic have for the digitalization of the restaurant industry?

The lockdown has had a huge impact because the touchpoint at the point of sale has been eliminated. Without the live experience in the guest rooms, the immediate brand perception of the gastronomy brands is missing. Digital channels, and social media in particular, have taken on a pivotal role in keeping in touch and interacting with customers.

What matters when playing on this stage?

A decisive factor for successful digital communication is dialogue at eye level with consumers. The focus must be on creating content that gets to the essence of the restaurant brand and appeals to the interests of the target groups. This content must be the focus, not the respective channels. The content formats produced should be channel agnostic, meaning they should work across platforms, even if of course the social media platforms have different aesthetic requirements.

What are the specifics for the hospitality industry?

Basically, the hospitality industry is very social media-savvy because it involves very impulse-driven interactions such as ordering a meal or making a reservation. For example, it's important to be discoverable on platforms like Instagram with a "swipe" to then make an order.

Instagram currently presents itself as the most important social media channel, not least because it can still be operated by companies according to the "learned" aesthetic glossy criteria known from TV advertising, for example. The Instagram world is thus rather artificial, while Tiktok is much more authentic and closer to life.

Pinterest is also growing, and like Instagram, it too has a glossy aesthetic that defines its style. However, Pinterest functions less like an inspiration channel and more like a pull medium where people specifically look for inspiration. This is why food retailers, for example, are on Pinterest a lot, because recipe ideas, for example, can be linked directly to the ordering function.

Where do you draw the biggest dividing line between Instagram and Tiktok?

A core difference between Instagram (or Facebook) and Tiktok is that the former operate on the principle of the Follower Graph. As a rule, only the people and companies already connected to one's account are reached, and thus tend to always be the same circle. Tiktok, on the other hand, is based on the principle of the Social Graph: With a Tiktok creation, one potentially reaches a broader circle of people, namely the target group that is interested in the respective topic.

Which company has performed particularly well on Tiktok?

KFC, for example, succeeded in generating over 1.2 billion views in just a few weeks with the Tiktok challenge #KFCMakeItLegendary at the beginning of 2021, giving the somewhat dusty brand fresh momentum again in Germany. But Tiktok is also a suitable platform for small brands, because large reaches can be achieved with little effort. For example, the young brand Cookie Bros has managed to place its cookie doughs for spooning on retail shelves mainly thanks to Tiktok. That's why I see enormous potential for Tiktok in the restaurant industry as well.

What other digital levers should restaurateurs pull?

What are the advantages of having your own apps?

The advantage of having your own app as well as your own homepage is to strengthen your own customer contact and to counteract the loss of margins and data that occurs in the delivery business through cooperation with service providers such as Lieferando. This is because an app offers a closed system to which many interaction features can be docked. With your own app, you strengthen your own CRM at the same time, so you have sovereignty over the data, you are directly at the consumer (D2C) and do not leave it to the big delivery service apps.

How strongly has the hype topic of influencers arrived in the restaurant industry?

In this industry, influencers can play an important function as a reach driver, because food, enjoyment and socializing offer ideal occasions for content. However, it is also true here that - in contrast to the automotive industry, for example - the professional use of influencers in the restaurant industry is not yet as widespread.

How should influencers be used?

Larger players still have less long-term partnerships in mind when it comes to influencers, but rather think in the short term in order to push their own promotions, for example. However, longer-term cooperation with influencers is also worthwhile for smaller restaurateurs and is more efficient than a succession of ad hoc campaigns. Because even only regionally known "celebrities" can make the own content more attractive and "stop the thumb" in the feed.

In one sentence: what is the core of a good social media strategy for you?

Generally speaking, restaurateurs should understand that they become a media platform with their brands. With content that is adequately played out across various channels, brand building succeeds - on a large and small scale. 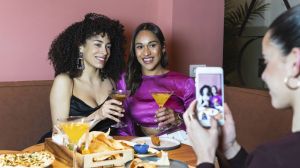 How restaurateurs keep in touch via Instagram and Co. 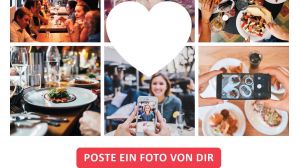