Sales slump in all areas 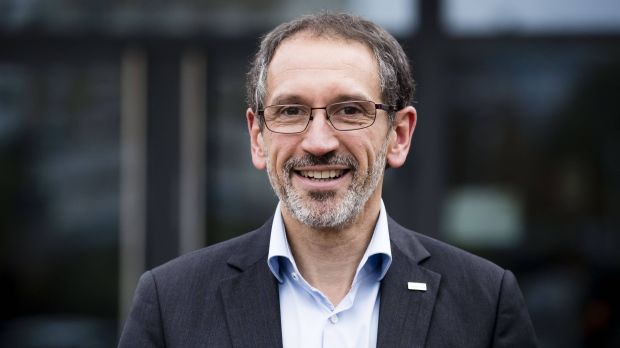 Sodexo's consolidated revenues for the third quarter of fiscal 2020 fell by 31.2 percent worldwide. Currencies had a -1.7 percent impact on sales. While catering services declined by -44 percent, facility management services only fell by -2 percent.

Denis Machuel, CEO of Sodexo, sums it up: "We lost almost a third of our third quarter revenues compared to last year due to COVID-19. Nevertheless, our diversified geographic mix of our local business, our strong Facilities Management (FM) and our large integrated clients combined with Benefits & Rewards have given us resilience".

He continued: "At the beginning of the crisis, our focus was on protecting the health and safety of our employees, consumers and customers. As a significant number of sites were closed, in whole or in part, we immediately identified all the opportunities to protect our liquidity and reduce our costs. "

The corona crisis is hitting the individual business areas with varying degrees of severity:
Business & Administration recorded a decline of -28.5 percent, compared with the forecast of -30 percent. While Business Services was affected by closures and homeworking for employees, production was maintained in many industries and countries, especially in key sectors. Even when buildings were closed to employees, essential cleaning, maintenance and security work continued, albeit at a slower pace. Sports and leisure facilities were completely closed, while the Energy and Resources and Government and agencies were better protected from closure due to the nature of their operations.

In Health and Senior Services, the Group recorded a smaller decrease of -12.9 percent, slightly above the -8 percent forecast, due in part to the decrease in acute operations and not fully offset by additional COVID-19-related services.

The decline in education was particularly severe at -53.9 percent. As most schools and universities were closed from mid-March, sales were limited to meals provided by local authorities to families in need.

Benefits & Rewards Services' organic revenue growth was -22.8 percent compared to the hypothesis of -20 percent. In Employee Benefits, sales were impacted by the combination of a 12 percent decline in spending volume due to temporary unemployment in most countries and the interruption of paper voucher production in some countries, as well as a more significant slowdown in the volume of refunds due to restaurant closures. As a result, the float remained solid.

The operating profit underlying the decline in sales has improved from month to month and is now better than the 25% hypothesis announced in April. Denis Machuel: "As of July 7, 2020, we expect fourth-quarter revenues to fall by about -27 percent." The CEO of the global company is convinced "that the company is capable of emerging from this crisis stronger than before."
Sodexo worldwide
Headquartered in Issy-les-Moulineaux near Paris, the Sodexo Group has annual global revenues of €22 billion in 2019 and 470,000 employees in 67 countries. The portfolio of the listed company, which has a market capitalization of €9.4 billion (as of April 8, 2020), includes reception, security, maintenance and cleaning services, catering, facility management, restaurant and gift vouchers, as well as fuel passes for employees. Founded in 1966, Sodexo claims to provide Benefits and Rewards Services and Personal and Home Services to 100 million people every day. Sodexo Services GmbH, based in Rüsselsheim, has around 300 catering customers in Germany, including 200 companies (€151.1 million sales) and supplies around 1,100 schools and kindergartens (€67 million sales). With annual sales in 2018 of € 286.7 million (+0.2 % yoy), the company ranks third in the exclusive gv-praxis ranking. In the seniors' market, Sodexo 2018 recorded an increase of 30.4 percent to €7.3 million.