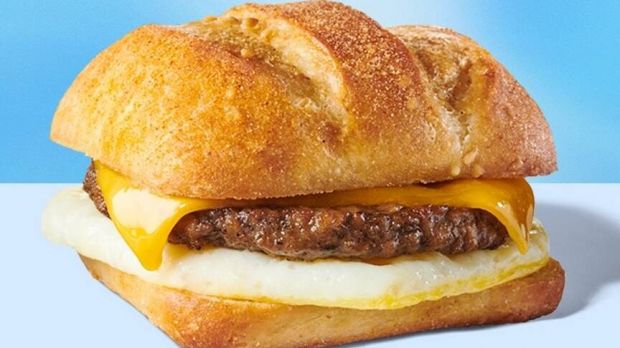 In response to the growing interest in meat-free products, Starbucks in the USA, together with Impossible Foods, is hoisting the "Impossible Breakfast Sandwich" onto the menu. Vegetable patty, ciabatta roll and egg come together here.

As of this week, Starbucks is offering the so-called Impossible Breakfast Sandwich in almost all units in the USA. The new offer was developed in cooperation with the US producer Impossible Foods.
TOP 100: Starbucks in Germany
According to foodservice's Top 100 Ranking, Starbucks in Germany generated net sales of 144.5 million euros with 165 units last year and ranked 20th in the overall ranking.
The sandwich consists of a vegan patty, eggs from organic farming, ciabatta rolls and cheddar cheese. It is part of a so-called summer menu that includes a selection of new drinks and ingredients aimed at the growing number of customers who consume imitation animal products. Whether Starbucks will expand its vegan range in Germany is not known.

According to Starbucks, it has now reopened around 95 percent of its 15,000 or so US units in the USA after the corona lockdown. In April, the company's same-store sales were 63 percent down on the same period last year.
About Impossible Foods:
Impossible Foods from California's Silicon Valley produces meat and milk substitute products from plants. The privately held company was founded in 2011 by Patrick O. Brown, Ph.D., former Stanford Professor of Biochemistry and researcher at the Howard Hughes Medical Institute. Investors include Khosla Ventures, Bill Gates, Google Ventures, Horizon Ventures, UBS, Viking Global Investors, Temasek, Sailing Capital and Open Philanthropy Project.