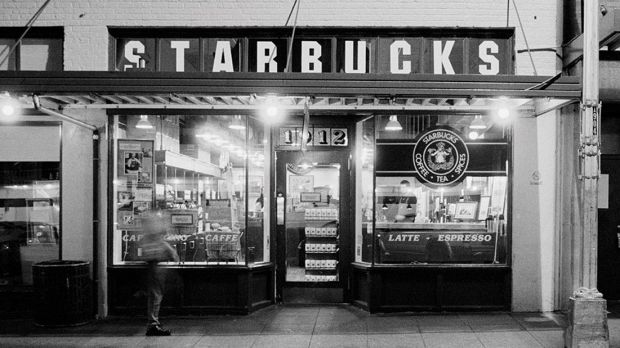 Starbucks is celebrating its 50th anniversary this year. The brand started with one location in Seattle's Pike Place Market in 1971 and currently has nearly 33,000 coffee bars around the world. "Over the past 50 years, we've built a company that's about more than coffee," says Kevin Johnson, Starbucks CEO. "It's about the human experience, connection and community, and we need that now more than ever."


During its recent shareholder meeting, the world's most widely distributed coffee bar brand highlighted several recent highlights. For example, its collaboration with a technology company that will allow blind guests to get instant access to visual information through a smartphone service app. Starbucks will also offer new menus in large print and Braille, developed in partnership with National Braille Press, in all of its stores in the U.S. and Canada this summer.

In addition, Starbucks plans to offer new beverages and food to its guests. In the past three years, Starbucks' cold beverage business has generated more than $1 billion in revenue growth, and the company continues to innovate for customers in this area, most recently with the introduction of iced, shaken espresso drinks in the U.S.

The company is focused on delighting guests with new drink recipes and plans to test Cold Pressed Espresso in a limited number of units by the end of the year. This patent-pending technology, originally introduced at Starbucks Reserve Roastery in Seattle - the company's hotbed of innovation - will allow the company to further enhance the customer experience through high-quality beverage design and open up future opportunities in the cold craft coffee category.

"We've made great strides in cold brew innovation in response to ever-growing customer demand and interest, from Cold Brew to Nitro Cold Brew to the latest Iced Shaken Espresso beverages," said Luigi Bonini, senior vice president, Global Product and Research & Development at Starbucks. "The method of cold-pressed espresso, which tastes exceptionally smooth, full-bodied and sweet, has opened up so many exciting possibilities for the future of cold craft coffee recipes."

As part of its commitment to being a resource-efficient company, Starbucks announced a new goal: By 2030, the brand aims to produce carbon-neutral green coffee and reduce water use in green coffee processing by 50 percent.

Starbucks also shared that it again achieved and maintained 100 percent pay equity by origin and gender for comparable positions in the U.S. last year, as well as achieved 100 percent gender pay equity in China, Canada and other global markets operated by the company - including Austria, the U.K., Italy and Switzerland.

The Starbucks Foundation has committed to investing $5 million in nonprofit organizations that support youth of diverse backgrounds. As the next step in this initiative, the Foundation today announced its first group of grantees.

Next year, Starbucks will open its Coffee Innovation Park in China, one of the first sustainable roasting facilities in Starbucks' global network. This is another step toward the company's commitment to being resource efficient. This next-generation facility will showcase innovations in smart supply chain operations, advanced technologies and an experiential center that will highlight Starbucks' sustainability practices in every chapter of the journey from bean to cup of coffee.