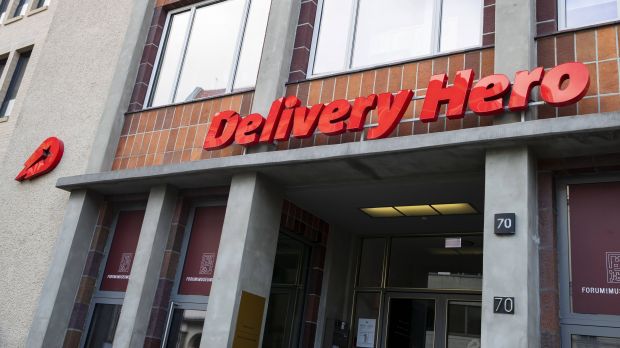 Both the share price and the result for the first half of 2020 are in the red. After the announcement of the annual report, the share loses even more value and, as of Friday noon, is available for 87.92 euros (-3 % compared to the previous day). The lowest value since June 2020.

The platform has a big problem: the current business does not cover the costs. Compared to the same period last year, the minus has more than doubled in the first half of 2020. Delivery Hero reports a loss of 443 million euros. The reasons given by the delivery platform company include further acquisitions, the financial support provided to restaurants in the wake of the Corona pandemic and the expansion of its own central warehouse building "Dmart Depots". In this way, Delivery Hero, like Amazon, aims to deliver everyday items such as food, medicines and flowers faster.


The number of orders doubled in the first half of this year to almost 520 million. The turnover with food deliveries increased significantly by 93.7 percent to almost 1.13 billion euros year-on-year. In other words: more sales still do not cover costs. Following the easing of lockdowns and curfews in many countries in the second quarter, the company's business activities resumed their growth course, the company continues to report. Delivery Hero also expects growth in the second half of 2020. The sales forecast was revised from 2.6 to 2.8 billion. euros. According to the company, the focus of the company is not on generating profit, but on growth.

At the presentation of the half-year figures, Delivery Hero announced the purchase of Instashop, one of the largest online food platforms in the Middle East and North Africa according to its own statements. InstaShop is a profitable company founded in 2015 by Ioanna Angelidaki and John Tsioris. Delivery Hero has acquired all outstanding shares of InstaShop based on a valuation of 360 million US dollars. The purchase price is approximately 270 million US dollars.

The regions in which the new delivery subsidiary Instashop is active have great growth potential, a stockbroker noted. Strategically, the acquisition seems to make sense. However, investors might consider the purchase price too high.

About Delivery Hero
Delivery Hero is represented in 39 of the 44 countries in Europe, Latin America, Asia, the Middle East and North Africa where the company operates. It also operates its own delivery service in more than 600 cities worldwide. The group of companies has its headquarters in Berlin and employs more than 27,000 people. About 1,300 of them work in Berlin. The German business was sold to competitors from the Netherlands at the end of July. The brands pizza.de, Lieferheld and Foodora went to Takeaway.com. In August, Delivery Hero took over the place in the DAX index vacated by Wirecard.