Veggie revolution: a meagre 4% fish and meat on the menu 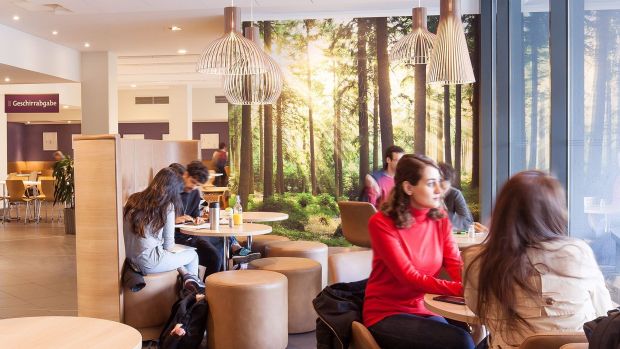 Luise Wagener
The vegan cafeteria Veggie 2.0 of the Studierendenwerk Berlin has been running smoothly since its launch in 2019. Now, for the winter semester, the entire food offer of the university catering is to become vegetarian as far as possible.

Schröder's currywurst plea hasn't quite died down in the media yet, and the Studierendenwerk Berlin has a go at revolutionary veggie headlines. To the winter semester the management food-offers at the Federal Capital's universities has decided to offer almost completely vegetarian or vegan dishes. This is not only due to the declared climate goals of the universities, but simply a due taste update and urgent requirement of the hour, it is said by the Studierendenwerk Berlin.

Green electricity, roof garden, less energy consumption, coffee grounds as natural fertilizer and coffee to stay instead of to go! Studierendenwerk Berlin has high climate and environmental protection goals and pursues them consistently. In addition to electricity from renewable sources, Direct Digital Control reduces the consumption of electricity for lighting, for example. Pressurized boilers and steam cookers with overnight cooking function conserve resources and the nutritious qualities of products in the kitchens. The cleaning agents in the sculleries are largely biodegradable and extremely well dosed.

Climate protection is a top priority

Now, the CO2 footprint the refectories will definitely decrease significantly by reducing the proportion of meat and fish in the menu to about four percent. For about ten years, vegan dishes have been part of the daily standard in the dining halls of the Studierendenwerk Berlin. A purely vegan canteen has been successfully in operation since April 2019. In the future, the food offer will be 68 percent vegan and 28 percent vegetarian. 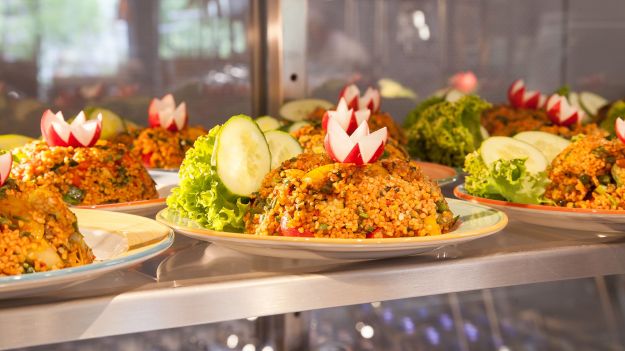 Luise Wagener
Vegan appetizer plates are not only popular with vegans, Jens Grabig, area manager for canteens at Studierendenwerk Berlin, is sure of that.
"The individual universities demand sustainable management from us. And basically, it's high time we took a clear stand and made a contribution to climate protection - even with our eating habits," says Jens Grabig with conviction. The area manager of the refectories at Studierendenwerk Berlin says: "With three or four refectory managers, we already started a year and a half ago to reorganise the nutritional concept of our more than 30 refectories." There was plenty of time to do so because of the Corona pandemic.
„CO2 war nicht der eigentliche Treiber, sondern das Angebot der Mensen zu vereinheitlichen, in ein effizientes System zu überführen.“
Jens Grabig, Bereichsleiter Mensen, Stw. Berlin

First and foremost, it was generally about a contemporary update, but also about a more efficient system. "We wanted to set ourselves up in a more uniform way and simplify purchasing, for example. On the other hand, we had great success with the first vegetarian canteen over ten years ago and the vegan canteen Veggie 2.0. The positive feedback shows that this is the right way to go."

So now they're going all out. Whereby Grabig sees no acceptance risk. Uncertainty factor is rather the procurement with over 150,000 students and tens of thousands of university employees as potential guests. "Our biggest task is to find delivery partners who can cover our quantity requirements." Twice a week, there's meat or fish on the menu. In addition, here and there promotions with food from sustainable production. In principle, only meat from at least husbandry level 3 should be purchased. Poultry should be organic if possible.

Starting in the winter semester, all dining halls will have a standardized six-week menu with about four percent fish and meat. Up to now, the menu in the dining halls has varied greatly depending on the location, with more meat here and more vegetarian there. This is now to be put to an end and climate protection is to be improved at the same time as enjoyment of the up-to-date dishes offered. "We have not cut back on the variety and the prices will not be increased this year in any case, even if the cost of goods will increase somewhat due to the changeover," assures the division manager.

The assortment in the bread rolls and bakery shops made a start. Now there are about 20 new recipes for the start of the winter semester on October 4 and 18, respectively. "We rely on years of experience and a large vegetarian and vegan recipe pool," explains Jens Grabig. He is visibly looking forward to the new semester, which will finally start with face-to-face classes again. To ensure on site-studying, a large vaccination campaign for students was held in the main cafeteria, which was very well received.

He is sure that it is particularly important for the students to finally (again) enjoy campus and student life together with others. The hygiene concept is in place and must of course continue to be adhered to. Jens Grabig does not see any obstacles here. He is looking forward to well-attended dining halls and coffee bars with new, contemporary, diverse and animal- and climate-friendly food offerings.

About the Studierendenwerk Berlin 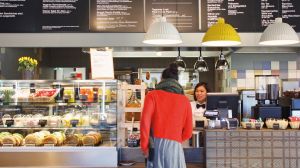