What Generation Z wants from a job 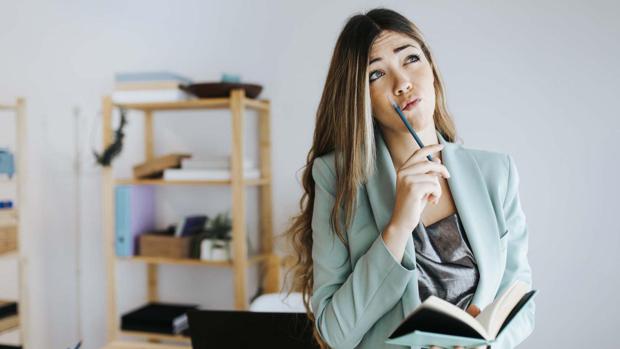 IMAGO / Westend61
The young generation vacillates between security and flexibility in their expectations of working life.

What young employees want from their jobs, also in an international comparison, is determined by the Gen Z Study 2022 of the job portal Zenjob. The good job market is also reflected in the respondents' own assessments and comes with certain demands. Particularly popular as an employer: German medium-sized-companies.

For the study, the portal Zenjob, which specializes in finding part-time jobs, surveyed 1,000 representatives of Generation Z each from Germany, the United Kingdom and the Netherlands. The central finding was that the world of work is changing - and with it the way we work, where we work and when we work. Demand for workers is higher than ever before, and this is likely to be exacerbated by the retirement of the so-called baby boomer generation in the coming years.

So the career outlook is bright for the younger generation - and they see it the same way: they feel most secure when they think about their future in the world of work (38%) and about their lives in general (36%). But whether due to the still ongoing pandemic, the Ukraine war or climate change, young employees are less rosy in their assessment of the future of their own country (26%), and even gloomier in their assessment of the world as a whole (17%). And this is not just the case in Germany: A look beyond national borders shows that the majority of Gen Z in the United Kingdom and the Netherlands also assess their own lives and careers as the most secure; an optimistic view of the future of the country and the world as a whole is also most difficult here.
Gen Z's demands on a workplace

The idea of a regulated and secure life is becoming more attractive to Gen Z this year. For example, compatibility with private life (53.8%) remains in first place, while job security climbs from fifth to second place compared with last year's ranking (53.7%). In general, structures and clear rules are high on the agenda: 68.3% of Gen Z prefer a clear separation between work and private life, and for 51.1%, fixed working hours are very important.

Nevertheless, flexibility (48.5 percent) and thus the ability to organize one's own working day still plays a major role, but it is primarily important for the young generation to be able to spend time with family and friends. Many succeed in this balancing act, although not the majority: 43.7 percent of those surveyed said they find it easy to strike a balance between working hours, studying (if you're at a university) and free time. No wonder, because Gen Z can't really let go: 50.9 percent would check their e-mails and prepare for the coming work week even on days off.

The attractiveness of a secure job comes at the expense of an appealing corporate philosophy: Only 30 percent consider personal identification with the company and its values to be important - compared to the previous year's ranking, the value has slipped from third to fifth place. For 35.7 percent, a variety of tasks at their workplace is elementary, and for 23 percent, that the company is particularly progressive and digital. Incidentally, 64 percent of Gen Z can imagine working for a digital platform in the sense of an intermediary for jobs or orders.
Who is Generation Z?

This generation refers to young people born between the years 1995 and 2010. In English-speaking countries, it is often referred to as Gen Z. It follows Generation Y (also known as Millennials) and is the first generation to grow up with smartphones.

Young employees in the UK and the Netherlands see the latter aspect in exactly the same way: only 14 percent and 15 percent, respectively, are highly interested in a digital and progressive company as a place to work. And, as in Germany, a good work-life balance is most important to Gen Z (65% for the UK, 51.4% for the Netherlands). Job security and flexibility are also within the top 3 for our neighboring countries.

Since job security is an important aspect for the younger generation when choosing their employer, it is not surprising that German medium-sized companies are again close behind as the most popular type of company (22%), closely followed by the public sector with 19%.

But not everyone favors security and orderly channels - as already mentioned, many want to shape their everyday working lives in a self-determined and flexible way: 21 percent can imagine becoming self-employed. Large corporations are attractive to 17 percent of young employees, while startups have become much less attractive this year (13%; almost 10% less than last year), probably due to the waves of layoffs and cost-cutting measures caused by the economy.

The picture is very similar in the UK and the Netherlands. Here, too, SMEs and self-employment come out on top (33% and 31%, respectively, and 20% and 23%), while young employees in England see large corporations (24%) as the most attractive form of company after SMEs. Unlike in Germany, the public sector is far behind in both countries - not even 10 percent of Gen Z are interested in the civil service in the UK and the Netherlands.
Study approach: Gen Z study 2022

For the third time, Zenjob surveyed Gen Z about their views on the world of work and beyond. During the period May 30-June 06, 2022, 1,001 Gen Z participants in Germany took part. For the first time, Gen Z participants in the UK (1,000) and the Netherlands (1,001) were also surveyed. 50% female, 49% male: As in the previous year, more women than men took part in the study. Approximately 1% indicated diverse. The analysis shows that there are different preferences, but the basic attitudes are the same across the genders.