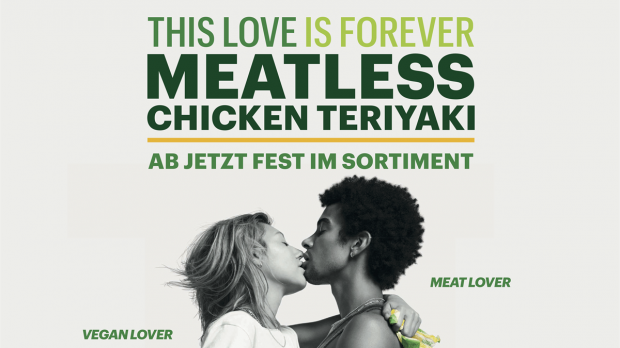 As of now and permanently, Meatless Chicken Teriyaki is back on the menu of German Subway restaurants. The Vegan Slices as a cheese substitute are also available to guests without restriction for garnishing. For the first time, Subway Germany is also introducing a vegan alternative to the Double Chocolate Cookie.

Subway is participating in the Veganuary initiative this January. "The non-profit organization is dedicated to helping people try a plant-based diet in January," Subway wrote in a statement. With the vegan assortment additions, Subway wants to make it easy for its guests to opt for the meatless alternative during Veganuary and beyond.

Ria Rehberg, CEO International of Veganuary, agrees: "As hundreds of thousands of people start the new year on a purely plant-based diet, the availability of delicious vegan options is key to the success of the campaign and all its positive impacts on people and the environment. Offering an already popular product in a vegan option - especially such a no-compromise total package with exciting meat and cheese alternatives as well as a cookie as a menu option - that excites a huge target audience and enhances Vegan Action Month and beyond!"
Subway in Germany
Locations: 692 (end 2019)
Franchisees: 360
Sales: According to foodservice 's Top 100 ranking, Subway generated an estimated €267 million in net sales in 2019, ranking ninth overall.