Job advertisements in the Gastro are breaking in 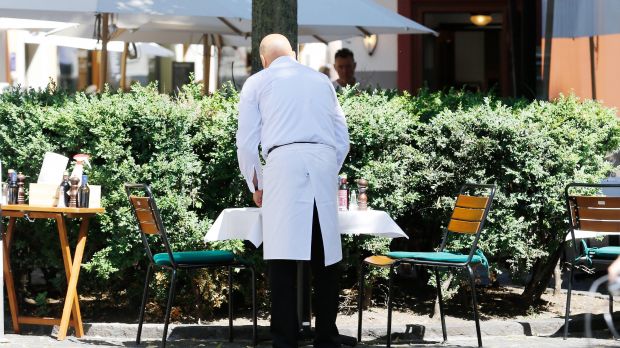 imago images / Geisser
In Switzerland, job advertisements have collapsed due to the corona crisis.

The corona crisis is leading to a massive slump in job advertisements in Switzerland. This is shown by a survey of the University of Zurich and the employment agency Adecco.

The impact of the corona crisis on the Swiss labour market is being felt in the second quarter of the current year, among other things through a massive slump in job advertisements. According to a survey by the University of Zurich and the employment agency Adecco, the hotel and restaurant industry has been particularly hard hit.

In general, the slump compared to the previous quarter was abrupt and to a greater extent than in previous crises - such as during the financial crisis, the survey states. According to the publication, there are 39 percent fewer advertisements for the Swiss hospitality industry than in the first quarter of the year.

The least decrease in job advertisements in Switzerland was for occupations in the technology sector (-17%) and in the construction industry (-18%). The figures show how drastic the so-called corona effects are for a large number of occupations: "We assume that the current situation will accelerate transformation processes, so that production and work processes will be further automated and digitalised," says the survey's communication.