"Young colleagues must also be given the chance" 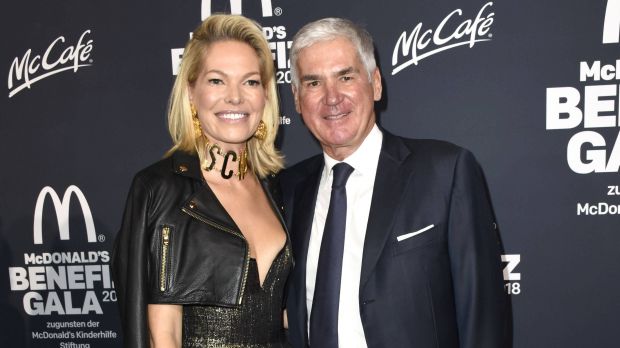 Michael Heinritzi has just opened his 49th McDonald's restaurant, making him the franchisee with the most units in Europe. In a short interview he talks about restaurant sales, possible expansion and Corona consequences.

FOOD SERVICE: Already in 2017 we announced the opening of your 50th McDonald's restaurant in Wörth on the Danube near Regensburg, why are we now back at number 49?


M. Heinritzi: In the meantime I have sold some restaurants to other franchisees. Young colleagues must also get the chance to open McDonald's restaurants and a generational change is also important.

Does the star location in Kieferfelden, as you call it yourself, herald a change in your other locations as well?
I don't rule out further expansion, but of course that's up to McDonald's. Our most important task now is to continue to grow at existing locations and this naturally requires that we continue to focus on employee training and motivation.
In addition, we are very busy with conversions, with the emphasis on technology. Table service is to be offered in all Heinritzi locations, all of them are to be equally digitalised and the McCafé and McDrive quality is to be top everywhere. Only the design is already finished, all restaurants have already been redesigned for this.

How strongly do you feel the corona effects?
We are satisfied because we were once again able to see that our guests are loyal to us, especially in times of crisis, and that we enjoy great trust. Although we are also suffering losses in turnover, major players must be able to cope with this.
Due to the Corona crisis, we have also observed that many new guests have discovered our McDrives because of the fast and almost contactless service. The proportion has increased significantly. Not least because of the ability to order their favourite products easily with the app - conveniently from on the road or in the restaurant.
Within the next five months, we will convert all McDrives. Here, too, our guests can look forward to many new technical features, an even easier ordering process and even faster service times.
Michael E. Heinritzi's franchisee story
The first McDonald's restaurant in Germany opened in Munich in 1971. Michael E. Heinritzi, father of four children, has been a licensee of McDonald's since 1982. With currently 49 McDonald's restaurants in Germany and Austria, he is considered the largest McDonald's franchise holder in Europe. More than 2,000 people are employed in his restaurants, including almost 100 trainees. Heinritzi is married to Alexandra Swarovski and lives in Kitzbühel.
Would you like to read the latest news on "Top 99 Showroom"? You can find more information in our dossier "Top 99 Showroom".
tags: 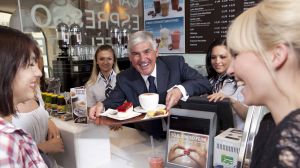 The next one for Europe's top-franchisee 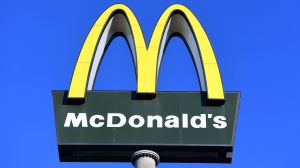