10 US concepts that are about to take off 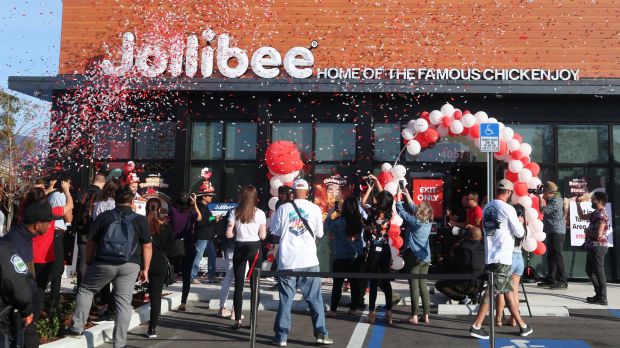 imago images / ZUMA Press
The Korean concept Jollibee is currently one of the most exciting gastronomy concepts in the USA.

The US industry magazine Nation's Restaurant News produces an annual ranking of the top 200 restaurant chains in the USA. The focus is also on young concepts that are attracting attention due to their remarkable growth.

To compile this list, Nation's Restaurant News examined both candidates from its top 200 database and smaller chains whose sales fell below the threshold for the list to qualify.

In addition, the editors stated in advance: "The dramatic impact of COVID-19 will ultimately determine whether the top performers of the 2020 Next Generation will realize their potential this year. However, the available data provided a picture of how these observed chains have developed as they entered the unexplored waters of the pandemic and the hoped-for recovery.

The Japanese-influenced concept, based in Torrance, California, focuses on a grilling experience: guests share plates with food they prepare themselves on barbecues at the table. The experience concept is based on the interaction of guests and service personnel who guide guests in the use of the Patron Grill and deliver multiple courses of ingredients and prepared products. The concept is available 50 times in the USA. NRN estimates the turnover per unit at around 3 million dollars per year.

WaBa Grill has around 200 locations in California and Arizona, most of which are franchised. The dishes come in a bowl look. There are steamed vegetables, salads and miso soup. The meat is usually low-fat and is prepared on a charcoal grill. The chain's slogan is "Eat smart. Be healthy."

The concept was already founded in 1952 in Hawaii, where it is still based. Today there are about 170 locations in the USA, most of them in California. Rice is the focus here, along with fish and meat dishes in Hawaiian style. The food is served in a spartan but colourful interior.

Breaded alligator, redfish with Louisiana street corn and crabs can be found on the menu of the themed restaurant, owned by NFL quarterback Drew Brees. The interior is rustic, with a sports bar look. There are locations in Alabama, Florida, Louisiana, Mississippi, North Carolina and Texas. NRN estimates annual sales per unit at $4.6 million.

The chicken concept with a Philippine background currently operates around 40 units in the USA and generates 3.3 million US dollars per shop according to NRN. The focus here is on chicken dishes and pies, and pork and egg and rice breakfast is also served in the morning. NRN speaks of considerable growth, and the chain says it wants to grow to 150 locations in the USA by 2023.

Here the name of the concept already says it all: Italian classics such as pizza, mozzarella and handmade pasta variants are served. In addition, there is grilled cauliflower with fried egg, baby asparagus and pancetta cream. The interior of the 15 locations is open and airy, with high ceilings. Some locations have indoor and outdoor bars. The restaurants' average annual sales are estimated by NRN at $7 million.

The concept of Bonchon Korean Fried Chicken was inspired by Korean restaurants specializing in crispy, twice fried poultry. The meat is served with spicy garlic sauce. The more than 100 units of the concept are mostly equipped with bars. As a reaction to the pandemic, a delivery service was developed which, according to the company, has led to sales growth.

The Mediterranean concept Cava focuses on a green image with numerous vegetarian offers and many salads. Meat dishes such as Harissa honey chicken, grilled meatballs and braised lamb are also available. In 2018, the company achieved sales of 93 million dollars, in 2019 sales with 14 units were 115.3 million dollars.

So-called build-your-own salads are the DNA of the concept. Chopt counts 64 units in the USA and achieved growth of 14.3 percent last year. Guests can create their own salads here - warm, cold, protein-rich, vegetarian or with meat. There are also successful"destination" specials, such as "A visit to Mexico".

The counter service concept Tender Greens has existed for 14 years. Regional and sustainably produced ingredients are used here for healthy dishes. Herbal crostinies, togarashi tuna and pepper chicken are on the menu here, including falafel with tzatziki. The interior of the approximately 30 units is tidy, light and uncomplicated.