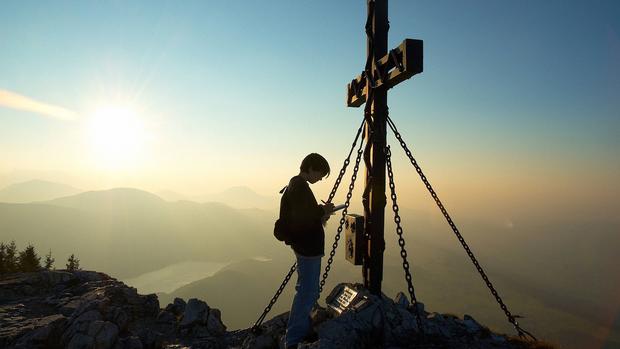 Every year, the editors of foodservice compile the ranking of the largest, i.e. highest-turnover, gastronomy or foodservice companies in Switzerland - our 32nd list presents the 36 largest gastro-professionals in the 1st Corona year 2020, plus development & forecasts 2021. The complete, exclusive Top CH turnover ranking is published in the November issue of foodservice. Here, we provide a little insight into who managed to end the year in black.

Only four companies (11%) of the top 36 were able to generate an increase in 2020 - all of them come from the concept specialist market segment. A total of 32 gastro-companies posted a minus - in percentage terms, the largest loss in sales per company was around -75 percent, the absolute highest loss was around -300 million CHF.

One of the things proving to be a godsend and revenue-booster in the crisis year for three plus-makers, Dieci, Yum! and Wiesner, is their focus on delivery and take-away distribution channels - which existed before Corona and was quickly, cleverly and vigorously pushed in the wake of the pandemic. The 2020 sales success weighs doubly heavily for this trio, all of them saddling another plus on top of a strong non-Corona year, as they had consistently already generated strong gains compared 2019 to 2018.

Pumpstation Gastronomie, on the other hand, benefits as a seasonal multi-concept company from many outdoor areas - often in lakeside and neighbourhood locations in the Zurich area - in addition, the good summer pushed the frequencies.

With CHF 99 million in net gastro sales, the delivery and to-go strong pizza and pasta concept Dieci AG from Rapperswil-Jona jumped to 9th place in 2020 (previous year: Rg. 18) - an increase of CHF 21 million compared to 2019 with the same number of establishments. And this after a strong previous year performance: plus CHF 13 million (+20%) compared 2019 to 2018. "Through Corona, an accelerated shift towards more delivery orderstook place," says Patrick Bircher, CEO Dieci. The Dieci system's ability to handle this sudden growth has been proven, he said. "Courier expansion" is the name of the crisis-management key at the pizza, pasta and gelato specialist.

A look at the sales trend over the year shows: With 21% more revenue in January/February 2020, the company had a great start to the Corona year compared to 2019. It also handled the onset of the pandemic and lockdowns (March 16 complete gastro lockdown; May 11 reopening with strict restrictions, June 19 relaxations; October 18/28 renewed restrictions; December 11 7 p.m. curfew; December 22 renewed gastro lockdown) well: with reduced plus numbers, but definitely not a minus (March/April +11%; May/June +18%). Then, in the second half of 2020, Dieci posted even higher gains of 23 to 25 percent than at the beginning of the year.

And even better, fiscal 2021 also improved over 2020, the commentary said. By the end of 2021, it said, it would have about CHF15 million to CHF20 million in higher sales than in 2020. From mid-year 2021 onwards, the Dieci makers registered a pent-up demand from diners to return to the restaurant and, at the same time, a slowdown in delivery sales compared to the same period in 2020, but the latter would still be higher than in 2019. People are seen as a major challenge. "Good and motivated staff remains consistently difficult in 2020/21. Because of Corona, many gastro employees are leaving the industry," laments Patrick Bircher.

Cost pressure, on the other hand, is not an issue, apart from negotiations for reduced restaurant rents - you see: Pizza and pasta, with water and flour as their main ingredients, pose few problems in terms of the use of goods, even in times of crisis. On the other hand, there is great pressure for increased digitalization in ordering, logistics, payment systems, etc., especially in delivery. Electromobility in particular is increasingly becoming an issue in logistics.

Yum! also says: "We were able to introduce Delivery as an additional service type in all restaurants very quickly and maximize the number of Delivery partners per restaurant very quickly!" CHF 19.3 million in gastronomic net sales were achieved by the quick service professional specializing in chicken, an increase of CHF 1.4 million compared to 2019; and this after an increase of CHF 9.2 million (+107%) in the previous year comparison 2019/'18.

While single-digit percentage increases were realized in January, February and May and June 2020 compared to 2019, the company suffered declines in the other months: the strongest and double-digit with minus 30.2 percent in March and April and minus 15.5 percent in November and December, otherwise in single digits.

"Due to the pandemic, we were only able to reopen one restaurant in 2020, compared to the original plan of three. Corona has again significantly accelerated the already fast reaction speed at KFC and positively influenced the close cooperation with the franchise partners and the restaurant teams," states Marco Schepers, General Manager, Yum! Restaurants International (no longer with the company since 1.9.2021).

Three new restaurants were opened in Switzerland in 2021, and a fourth was being planned for the fall at the time of the survey. This means that growth in the Swiss market is also expected at the end of 2021.

"If you have to, you can also develop something in a very few weeks that would otherwise take months," says Daniel Wiesner, co-managing director at Familie Wiesner Gastronomie, about the factors driving success in the 2020 financial year.
„The employees have been extremely loyal to FWG and have shown superhuman commitment to the ongoing changes.“
Daniel Wiesner, Familie Wiesner Gastronomie

With 65 mio. CHF gastronomic turnover, FWG 2020 not only achieved additional revenues of one million CHF compared to the previous year - which, by the way, also went great with plus 10 percent compared to 2018 - but also managed to jump from rank 21 to 15. 70 million CHF gastronomic revenues are targeted for 2021.
Those who were technologically prepared were able to build on this during the pandemic, emphasises Daniel Wiesner. At the same time, however, huge steps had to be taken. Those who have implemented this are well equipped for the future. Those who do not catch up will disappear.

In 2020, the FWG's direction was clear: "Full concentration on delivery and the development of ghost brands, as well as cash and cost monitoring, so that the restaurants open despite lockdown (note: for delivery and takeaway) do not contribute additionally to the cash drain, but make a contribution to profit."

Delivery has secured a firm foothold, he said. Technological advancements in operations and among the general population have become mainstream, he said, showing this as a pandemic-related development. Going forward, FWG definitely intends to continue on this path, "We continue to expand our Ghostkitchen and -Brands formed in 2020. Thanks to the virtual brands, we can better utilise existing kitchens and thus work in a more diversified way parallel to the restaurants and take-away," explains Wiesner.

For subscribers of the German-language issue: The complete Top CH ranking, more exciting info on the top 36 foodservice companies in Switzerland, a detailed look at the top quintet and the four newcomers, plus the challenges, learnings and characteristics of a fiscal year under Corona influence. Read now!