Pret gets fresh money and goes to the suburbs 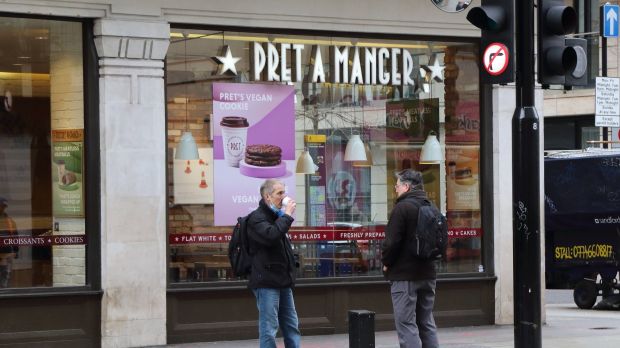 The sandwich chain receives a cash injection of 185 million pounds (about 210 million euros) from shareholders and completes another refinancing.


Pret, part of JAB Holding, plans to use the funds it has received to get the company through the pandemic, reports UK industry service Propel. The refinancing will be used to extend the £150m revolving credit facility, which was secured in May 2020, for a further six months, it said. It was valid until December 2021 with an optional extension - subject to lender approval. Revolving credit facility refers to the upper limit in terms of amount up to which a borrower may draw down a particular type of credit.

A further waiver of existing covenants - existing clauses in credit agreements - which has been in place since the second quarter of 2020, has been agreed for the period up to September 2022. No dividends will be paid until then. In the third quarter of 2020, Propel said legal proceedings by customers against the company for operational incidents were concluded, resulting in no further action being taken against Pret. As a result, a provision of £2m was released.
Pret told Propel: "Throughout 2020 and to date, the Covid 19 outbreak has had a significant impact on operations across the Group's markets. During 2020, the Group underwent significant organisational restructuring to reduce its cost base. This included the closure of 39 Pret and 33 EAT stores in the UK and 22 stores in the US and a reduction in headcount through 3,771 redundancies in the UK and 1,292 redundancies in the US at a cost of £15.3m.

As the situation continues to develop, it is not possible at this stage to fully quantify the potential financial impact of the outbreak on the Group. It is likely to have a significant impact on the carrying values of both the stores and the rights of use; these are non-adjusting events after the balance sheet date. Various initiatives have been taken to continue to protect the Group's ongoing liquidity." These include, but are not limited to, financing from Pret's parent company.

The Pret leadership team recognised early on during the pandemic that it was up to Pret to decide its own future and that the company needed to adapt to the long-term economic and social changes accelerated by the pandemic. Since then, Pret has fundamentally transformed its business model, making significant changes within a year to meet changing consumer demand.

At the heart of this transformation has been the establishment of eight new trading channels providing new revenue streams, including the UK's first coffee subscription service, a significantly expanded online delivery offer, a new range of Pret consumer goods available through leading retailers and a new dinner delivery menu. The evolution of the Pret business model into a multi-channel business has begun to make the business less vulnerable to the likely shift towards more home office.

In an interview with Bloomberg, Pret CEO Pano Christou said he has scrapped Pret's "follow the skyscraper" expansion program, which focused on downtown locations. Now growth will come from deliveries, loyalty schemes, sales in supermarkets also by moving stores to where customers live, outside London in the suburbs. "The city will be very different than it was before Covid," Christou said. "We're not going back to the days of working four or five days a week in the office. Flexible working is here to stay 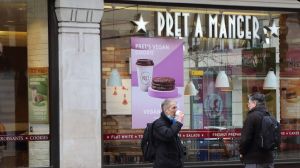