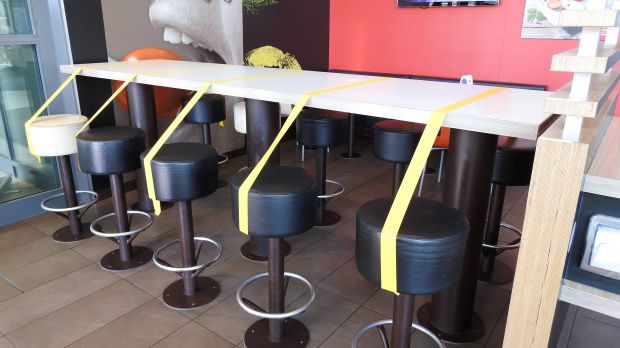 imago images / Geisser
According to the latest analysis by the market researchers at npdgroup UK, weekly spending in the British out-of-home market amounted to just over 200 million pounds in April 2020.

According to the latest analysis by npdgroup UK market researchers, weekly spending in the UK out-of-home market in April 2020 was just over £200m. In April 2019, weekly spending was still around 1 billion pounds. This represents a decline of 80 percent.

In addition, the decline in British out-of-home dining (OOH) visits in April 2020 was almost three times as severe as the slump during the financial crisis between 2008 and 2010. Although the restrictions on out-of-home dining did not officially come into force in the UK until 23 March, many people decided to stop eating out in advance. This was already noticeable in the first quarter of the year, which saw a 10 per cent decline compared to the previous year.

Personal or online recommendations became increasingly important in April 2020 and accounted for almost 8 per cent of visits, compared with 4 to 5 per cent over the last five years, according to npdgroup UK.

Dominic Allport, Insights Director (Foodservice) of npdgroup UK, said: "The scale of the collapse in out-of-home visits is unprecedented and the 80 per cent fall in spending underlines this. He expects that once the lockdown is over, people will pay particular attention to value for money. But Allport is confident: "The restaurant and catering industry is an innovative sector and will quickly adapt to the new conditions.