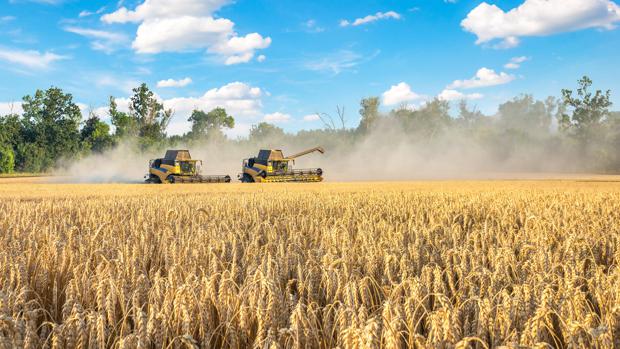 Food prices reached record levels in March, according to the UN Food and Agriculture Organization (FAO). The FAO Food Price Index hit an all-time high, a spokesman for the organization said. Particularly notable, he said, was the 12.6 percent increase in costs from February to March. That was the second-highest increase in the index's history, they said.

Grains for bread in particular, as well as meat and vegetables, have become significantly more expensive, while rice, milk and sugar still remain comparatively affordable, it said. The price of rice is even 10 percent below the previous year's level.

Russia and Ukraineaccounted for 30 percent of global wheat exports and about 20 percent of global corn exports over the past three years. World wheat prices rose 19.7 percentduring the month, according to FAO, boosted by concerns about crop conditions in the United States. In Germany, too, many retail chains have already raised their prices in recent weeks.

This confirms the fears that German restaurateurs had already expressed in the Dehoga survey in March. 84.9 percent of the hosts surveyed, said that food prices were a major burden on their business.

"The cost increases are hitting our industry in particular extremely hard," said DEHOGA President Guido Zöllick. The situation in the hospitality industry is very tense overall, he said."For a successful new start, our industry needs planning security and reliable prospects."
About the FAO Food Price Index
Since 1990, the Food and Agriculture Organization (FAO) of the United Nations has been measuring the development of world market prices of 55 foodstuffs in the five commodity groups meat, dairy products, cereals, oils and fats, and sugar. The FAO Food Price Index is published on the first Thursday of every month. It is regarded as an indicator of future cost developments in the food industry.