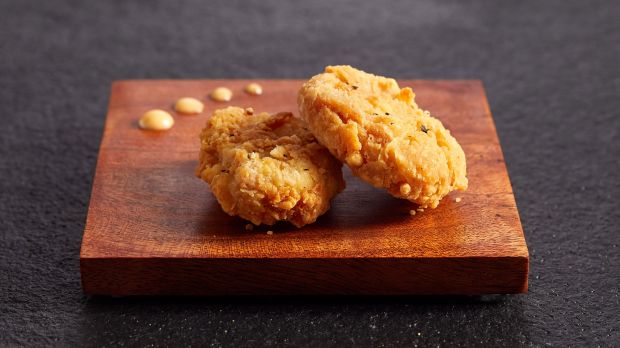 Chicken Nuggets that didn't kill a chicken: In Singapore, the Chicken Nuggets of the US start-up Eat Just were the first country in the world to be approved. A restaurant will soon sell the nuggets from the laboratory. This is reported by various media.

The idea of breeding chicken or beef from cell cultures in a bioreactor has been circulating in the food industry for some time. Many companies around the world are conducting research on such processes, but the production of such products is still very complex and expensive. The company Eat Just has received the approval of the regulatory authority Singapore Food Agency (SFA) for its chicken nuggets produced under the Good Meat brand. According to Eat Just, this is the "world's first official approval of genuine, high-quality meat produced directly from animal cells for safe human consumption".

In order to obtain approval, the company had to prove, among other things, in 20 production runs in 1,200-litre bioreactors that the so-called "cultured chicken" can be produced reliably and in consistent quality. A panel of international scientific authorities in Singapore and the USA with expertise in medicine, toxicology, allergenicity, cell biology and food safety confirmed that the product was safe for human consumption. Eat Just supported the experts with detailed documentation on cultured chicken and the manufacturing process.

The approval took two years, explained Eat Just. During the approval process, it was discovered that cultured chicken had an extremely low and much cleaner microbiological content than conventional chicken. The product is also said to be rich in protein, diversified amino acids and unsaturated fatty acids.

First in a restaurant

The Good Meat Chicken Nuggets will first be offered in a restaurant and then find their way to retail outlets, among other places. Strategic partnerships have already been concluded in the region. Eat Just is also developing other chicken formats from cell cultures in addition to nuggets. By the way, the nuggets now approved are not exclusively from animal cell cultures: according to Spiegel Online, vegetable protein is added to some amount.

With the "cultured chicken" Eat Just wants to make animal protein without animal suffering available to people. The company already offers vegetable alternatives to egg products. "I am sure that our regulatory approval for cultured meat will be the first of many in Singapore and countries around the world. Companies like ours can help meet the growing demand for animal protein as our population grows to 9.7 billion by 2050," said Josh Tetrick, co-founder and CEO of Eat Just.