Costa strengthens its presence in Germany 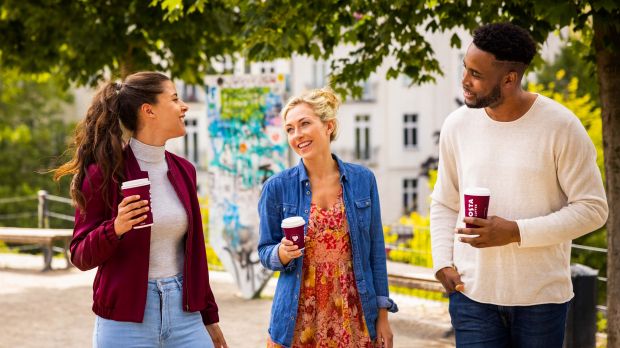 In autumn, the most widespread coffee bar chain in Europe expands its portfolio on the German market. So far, Costa Coffee is represented in Berlin, Karlsruhe and Hamburg with three of the approximately 4,000 units of the coffee bar concept of the same name worldwide.


The starting points for expansion efforts are Berlin and Cologne. Costa intends to "install innovative Smart Café vending machines" in both cities. According to Costa, they are ultra-modern, have an intuitive touchscreen user interface and can prepare up to 250 different coffee drinks in barista quality.

The machines are filled daily with new coffee beans and fresh milk. Costa Coffee offers potential partners from the catering trade in the two focus cities the opportunity to serve the coffee in an appealing brand visual. Up to 100 points of sale are planned by the end of the year.

Overall, Costa's business model is based on five pillars. The "Costa Coffee Stores" stand for the in-store coffee bar concept, at "Costa Partners" coffee is available from partners in the HoReCa area and at the workplace, "Costa Smart Café" is the vending solution and in the "ready-to-drink" division, coffee specialities are available in food retailing. "At Home" offers Costa coffee as beans and ground for preparation at home.

The brand has been part of The Coca-Cola Company since 2019. John Galvin, Managing Director Sales & Marketing of Coca-Cola European Partners Germany: "Coffee and hot beverages are a still growing market. We see how well the Costa Coffee brand is developing in other countries and are now looking forward to entering the German market with strong partners".

Jill McDonald, CEO of Costa Coffee adds: "Our launch in Germany marks the beginning of a strong partnership between Costa Coffee and Coca-Cola European Partners, and we are delighted to enter the German market with our philosophy of perfect barista quality coffee for on-the-go. We see an enormous potential to establish our freshly made coffee specialties in Germany and have developed some new products especially for the German market".

From the end of 2015 there had already been a test together with Shell at German filling stations. Among other things, Shell is a strong partner in the British market. The cooperation took place almost simultaneously with the Costa opening at the Premier Inn Hotel in Frankfurt. Before the sale to Coca-Cola, Costa was part of the Whitbread Group, a British hospitality company. Up to now, the vending machines were exclusively named Costa Express.
About Costa Coffee
Costa Coffee was founded in 1971 by the Italian brothers Sergio and Bruno Costa in London and operates more than 2,700 coffee bars in the UK and over 1,300 in 30 international markets. With 3,174 units, Costa Coffee ranks first in the European coffee bar ranking by Foodservice Europe & Middle East.