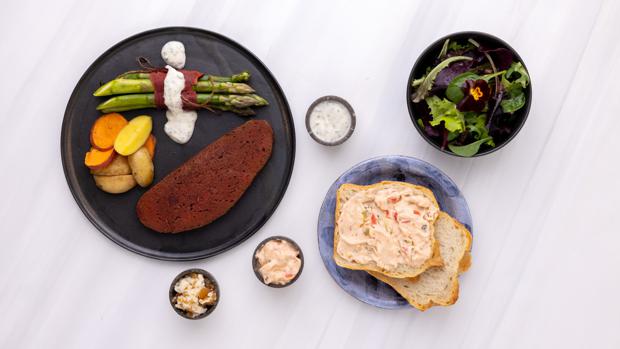 Voilà
Meat-free indulgence from Austria: The Fleischloserei joins Voilà as a partner.

In the summer of 2021, the Berlin-based cooking box start-up Voilà launched with the idea of offering the food of high-quality restaurants at home. At the beginning of the year, the company is already planning to expand into other countries, following a successful financing round of around EUR 9 million. As a first step, Austrians can now also order the boxes.

But not only Austrian customers can now order from Voilà, Austrian partner restaurants will also be added. For the market entrance the top restaurants Brandstätter and lock Aigen from Salzburg and the Heurigenhof Bründlmayer from Langenlois in the wine-growing area Kamptal, Lower Austria could be won. Also participating are Austria's first vegan butcher shop, Fleischloserei, as well as Viennese gourmet kitchens such as Restaurant Herzig, MAKA Ramen and Kasnudl Stadtküche.

The dishes of the Austrian restaurants can also be ordered by Voilà customers in Germany and vice versa. From Germany, for example, the Dim Sum Haus from Hamburg, which is known for its Peking duck, is also on board. Cologne's Ox & Klee offers its own Easter menus. Star cuisine from Dr. Kosch in Düsseldorf and authentic meze and other Greek specialties from Yamas in Bochum are also represented on the portal.

Voilà supplies after order over the Website getvoila.com menus and restaurant kits from the Top restaurants in Austria and Germany into the domestic Esszimmer, which are completed with only few handles at the own stove. Thereby the orderers do not have to have special cook knowledge.

An exclusive multi-course menu or signature dish from the selected restaurant is ordered by Wednesday evening at the latest, which is freshly prepared on Thursday mornings, picked up in refrigerated packaging and shipped. Within 24 hours, the menu arrives at home and can be prepared at the weekend at any time with just a few simple steps. In individually created videos, which can be accessed via a QR code, the chefs present themselves and their restaurant as well as the finishing of the menu. Individual restaurants even deliver during the week. "Our vision is to bring the best restaurants, the most renowned chefs and trendsetters to foodies across Europe. We are therefore delighted that we have now been able to inspire further top chefs and restaurateurs as partners with neighboring Austria. Our goal for a long time has been to make home dining possible in the Alpine republic, regardless of location. The fact that we have now succeeded makes us proud. Austria offers many culinary specialties, which we are now bringing to Austria and Germany. At the same time, we are pleased to reach the whole of Austria with the first German partners," says Julius Wiesenhütter, co-founder and CEO of Voilà. 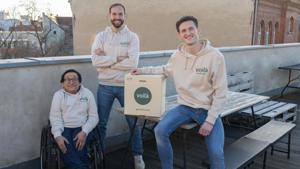 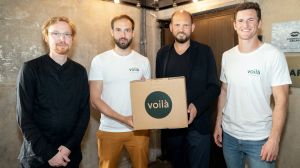