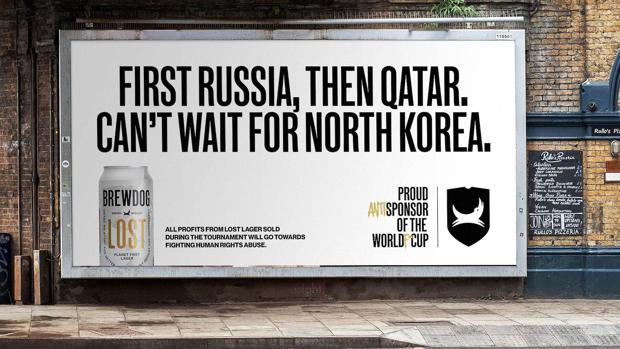 Brewdog
Clear words against Qatar - but there are discussions about the details.

"First Russia, then Qatar. Can't wait for  North Korea" reads Brewdog's new poster. "Proud anti-sponsor of the World F* Cup." For this blunt criticism of the desert World Cup, there was a lot of applause at first. But when it then became known that Brewdog would nevertheless broadcast the World Cup matches in its own pubs, the accusation became loud: Double standards?


"In my opinion, it's always better to take a stand than to say nothing, even if that means you might be criticized by a minority," Brewdog boss James Watt said when introducing the poster campaign on Linkedin. "If we are only willing to accept ethical viewpoints from companies or individuals that have no conflicts, we will wait forever and tacitly approve of things that are just plain wrong in the world."


As part of its anti-sponsorship campaign, Brewdog wants to talk about the issues behind the World Cup. All profits the company makes from its "Lost Lager" during the World Cup are to be donated to human rights organizations.

But now the company itself is facing criticism for wanting to broadcast World Cup matches anyway. "We all love craft beer and love soccer," defends James Watt. "We don't think we should deny our loyal customers the opportunity to enjoy both together just because FIFA awarded the World Cup to Qatar under very questionable circumstances."

The Berlin-based indie brewers of Brlo have decided differently. The brewers do not want to show the games of the World Cup in Qatar.

Is it okay to sell in Qatar?

After Twitter users pointed out that Brewdog beers were also being sold in Qatar, the company said it would not sell beer to Qatar itself. "We work with a distributor that also exports to the Middle East. Primarily Dubai, but also Qatar," Watt explained."Apple also sells its iPhones to China and Qatar - that doesn't mean they approve of the human rights situation there. And we don't either," Watt tried to end the discussion. 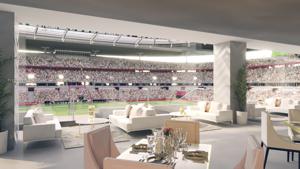 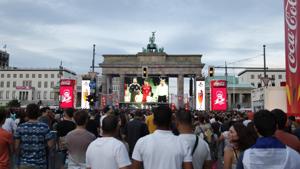 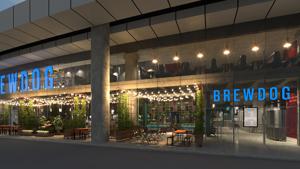