3 trends that shaped fast casual in 2012

Government regulations
From New York City's ban on large sodas to the Supreme Court upholding the Patient Protection and Affordable Care, the food industry has seen a lot of government involvement this year.

The NYC Board of Health's approval of Mayor Mike Bloomberg's proposal, which banned the sale of sweetened beverages 16 oz. or larger, captured much attention in September.

Unless the measure is blocked by a judge, the law should be in effect by March, according to the New York Times, Although Bloomberg tweeted that the policy is "The single biggest step any gov't has taken to curb obesity. It will help save lives," some restaurant owners disagree. The National Restaurant Association believes the ban unfairly targets restaurants and is a misguided tactic to impact the obesity problem.

"There is no scientific support that this beverage ban's size and caloric limit will impact obesity rates," said Joy Dubost, Ph.D., R.D., director of Nutrition and Healthy Living for the NRA. "It is also bewildering that the ban restricts restaurants from serving sweetened beverages in sizes larger than 16 ounces, but individuals can purchase any-sized beverage from a convenience or grocery store. This ban will punitively impact thousands of New York's restaurant owners — the majority of which are small businesses."

"Apparently, even after the flood of comments and concerns raised by New Yorkers about this ban, the Board of Health chose to ignore all feedback and move forward without any significant changes to this flawed proposal," Dubost said.

The Patient Protection and Affordable Care law — AKA Obamacare — requires restaurant chains with 20 or more locations to include detailed nutrition information and calorie counts on their menus and menu boards. It also mandates that restaurateurs with more than 50 full-time employees offer them health insurance by 2014. Restaurant chains, including Papa John's, Applebee's, Jimmy John's, Olive Garden and Red Lobster, have claimed that the requirements will cost their businesses greatly, while others such as Starbucks and Nick's Pizza & Pub have gone on record as supporting Obamacare.

Getting healthier
Offering healthier menu options has been a trend in the fast casual segment for the past few years, and it's not slowing down any time soon. If anything, it's becoming even more popular, as more chains introduce healthier menu options. Also, restaurant concepts that specialize in healthy fare, including Freshii, Garbanzo Mediterranean Grill and Muscle Maker Grill, have enjoyed steady growth this year.

Freshii opened 30 stores in 2012. Muscle Maker not only opened 20 new restaurants in 2012, it also signed 89 other franchise deals this year.

"As consumer interest in health and nutrition continues to grow, people are becoming increasingly more concerned with maintaining healthy eating habits while dining out," said Rod Silva, founder of Muscle Maker Grill." They want convenient, better-for-you selections that provide flavor without the guilt. Parents are also seeking out healthy, nutritionally balanced menu options for their children."

Being at the front of this trend of creating heather options is not easy but is manageable with the right team and tools, said Betsy Craig of Kitchens with Confidence, a company that conducts kitchen audits and recipe analysis to help restaurant owners meet the special needs of diners with food allergies and intolerances or issues with gluten.

"Better and healthier ingredients are making their way to the table, training and recipes designed to be good and good for you are now featured items as opposed to afterthoughts for all different restaurant groups," she said. "We have been assisting client after client in analyzing their menu offerings to look for ways to make food healthier."

Focus on beverages
More chains than ever have rolled out specialty beverages this year, and craft beer, especially, has enjoyed the spotlight. Although the craft beer industry has experienced staggering growth for the past five years, sales of it were up 14 percent by the first half of this year.

Technomic's David Henkes said in August that beer mentions had increased 65 percent on top chain menus since 2006. Compare that to the domestic light beer category, which has been flat during the last couple of years.

Drivers of this growth mirror trends in the food industry, according to Julia Hertz, Craft Beer Program Director at the Brewers Association, especially a bigger demand for localization and increased sophistication about what we eat and drink.

"There is a cultural shift that isn't unique to beer. It has become very important to consumers to know what's behind their food and drink — the food's story. We know more than ever that local is good," Hertz said. "Also, more consumers like that variety and craft beer is more able to provide that."

Smashburger's Houston restaurants rolled out a specific menu in November that pairs burgers with craft beers, giving consumers options, including: The Mushroom Swiss Burger with the Santo beer and the Classic Burger with an Amber Ale. Colorado and New York also have similar menus, featuring local brews from their states.

Other chains, including Starbucks and Chipotle, tested not only beer, but other alcoholic beverages this year. In January, several Starbucks throughout Atlanta and Southern California began offering beer and wine. Chipotle, which has been selling domestic beer for years, started testing craft beer in several markets and margaritas in the Kansas City, Mo., market.

Alcohol, however, wasn't the only star beverage this year. In fact, many restaurant chains have rolled out healthy beverages as a way to attract a new type of consumer. Wendy's All-Natural Lemonade wears the claim of good old-fashion lemonade made with real sugar cane, and Roam Artisan Burgers' house-made sodas boast that they are lightly sweetened with agave nectar in flavors like Prickly Pear, Caramelized Pineapple and Blood Orange, wrote Cari Price in her April commentary.

Price also called out the "skinny cocktails" or better-for-you alcoholic beverages that have been popping up at large chains such McCormick & Schmick's.

"Overall, in the beverage arena, consumers are beginning to understand that there is more to consider than calorie-count alone when selecting a better-for-you beverage. Taste and quality of ingredients are quickly becoming higher priorities. According to Mintel Menu Insights, smoothie concepts also are taking notice, and marketing the quality and healthfulness of their ingredients — both to differentiate their product from the sweet, dessert-like versions that exist at fast food chains, and also to prove that fresh, healthy drinks are readily available in smoothie settings." 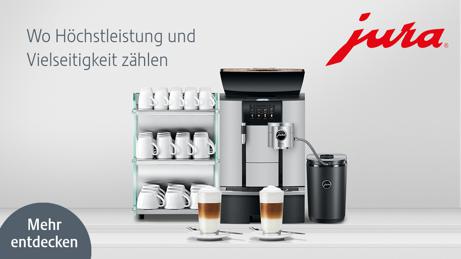